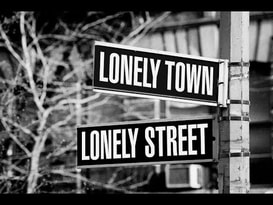 Bill Withers’ songs are the musical setting and inspiration for this rather grim but passionately performed ballet about lonely people in a large city. Andrew Storer’s designs, with fire escapes and overspilling dustbins, suggest a seedy district of an American city. Rambert Dance Company give an electrifying performance in this studio recording of Robert North’s jazz ballet.

Robert North was Associate Choreographer of Ballet Rambert 1975-1981 and became its Artistic Director in 1981. He made Lonely Town, Lonely Street on the Company in the same year. It was way ahead of its time and prefigured the grittier works of Mark Morris and Matthew Bourne, such as The Car Man.
​
Bill Withers, William Harrison Withers Jr., was an American singer-songwriter and musician. He had several hits over a career spanning 18 years, including ​“Ain’t No Sunshine”, “Grandma’s Hands”, “Use Me”, “Lean on Me”, “Lovely Day” and “Just the Two of Us”. Withers won three Grammy Awards and was nominated for six more.