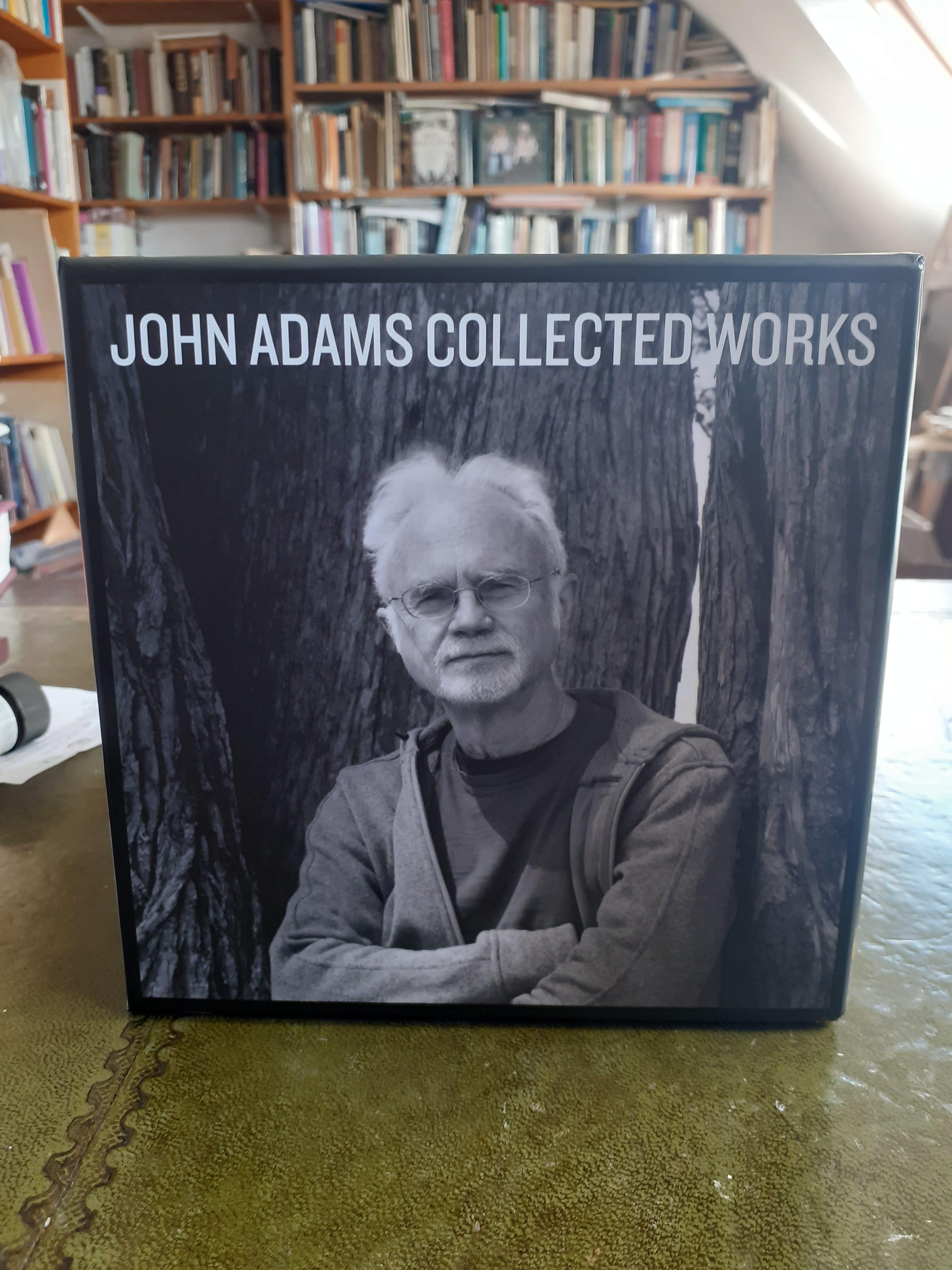 Label news: Every single note he ever wrote

Around the middle of the last century, the elegant head f Columbia Records Goddard Lieberson told his friend, the composer Igor Stravinsky, that the label would record every work he wrote, juvenile to old-age, under his own supervision.

Lieberson was as good as his word and the result is an incomparable monument of 20th century culture.

No label has sought to emulate it with a living composer.

Nonesuch is about to release the complete works of John Adams, the most successful American composer of our time.

It includes, in addition to the familiar operas and Harmonielehre, such esoteric adventures as ‘Guide to Strange Places’, ‘American Berserk’ and ‘Christian Zeal and Activity.’

My copy has just landed.

See you in a while.