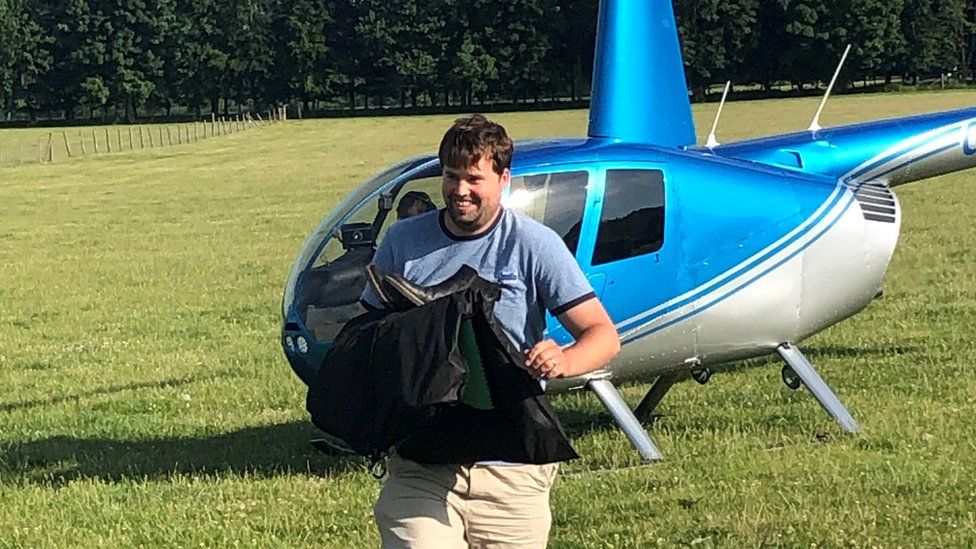 At noon on Tuesday, Rodrigo Porras Garulo who sings the role of Marc in Ethel Smyth’s The Wreckers told his Glyndebourne colleagues that his voice was, well, wrecked.

A call was put out for his understudy Adam Gilbert. Nobody else knows the little-performed opera.

But it turned out Gilbert was having a day off, taking his son to watch the seals at Cardigan Island, off the Welsh coast, some 300 miles away.

And the trains were on strike.

Glyndebourne has a network of rich friends, some of whom travel by helicopter.

Garulo sang the first act, Gilbert took over the second.

‘I’ve never been in a helicopter before,’ he told BBC Wales.

Glyndebourne said: ‘On 21 June the role of Marc in Acts II and III was walked on stage by Rodrigo Porras Garulo and sung from the side by Adam Gilbert.’

John Williams: This will be my last film »