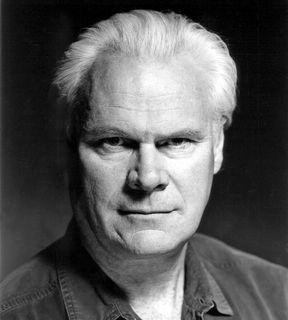 Opera North has announced the death of its co-founder, David Lloyd Jones, at the age of 87. He was a deceptively good conductor, with many recordings to his credit.

It is with great sadness that I have to tell you that David Lloyd-Jones, Opera North’s founding Music Director, has died after an illness.

In 1978, David was instrumental in founding Opera North, initially as English National Opera North (ENON), together with George, the then Earl of Harewood, and Graham Marchant, the Company’s first General Administrator. David became the first Music Director of Opera North and its orchestra, the English Northern Philharmonia (which subsequently was renamed the Orchestra of Opera North). During his tenure he established Opera North as a truly distinctive, highly acclaimed national opera company, based in Leeds and proudly serving the whole of the North. He remained in post until 1990.

It was in 1980 that David announced that “the third season of ENON sees the company settling more firmly into the patterns which will eventually become its norm and make its connection with the company at the Coliseum increasingly unnecessary”. A year or so later the connection with ENO was indeed severed and, under David’s leadership, “Opera North asserts decisively that it has left its infancy behind it”.

Known affectionately as “DL-J”, David threw his enormous energy and flair into building a new opera company from scratch. The creation of Opera North proved to be one of the great artistic achievements of the past 50 years in the UK and the pioneering spirit David instilled in the Company remains at its heart today. It was no mean feat to establish a brand new professional chorus and orchestra in Leeds where none had previously existed. “An act of faith’’ is possibly the most eloquent description of this incredible venture, achieved, some might say, against all odds.

Lord Harewood wrote of Opera North in 1979 that “one of the cornerstones is the Company’s ability to take a recognised masterpiece like Figaro or Rigoletto to theatres or buildings not normally associated with opera but capable of theatrical performance and serving an area which deserves it … only in this way will we convince opera’s detractors that this so-called ‘elitist’ art can be planned democratically and convince the public at large that they and the elite are one”. It was no accident that the same year the Company opened a production of The Marriage of Figaro in Barnsley which toured to Scarborough and Darlington before arriving at the Leeds Grand Theatre!

David was the indefatigable powerhouse of the Company and in our first season he conducted no fewer than six productions – Samson et Dalila (the Company’s very first production), La Bohème, The Magic Flute, Hansel and Gretel, Peter Grimes and Figaro.

He had a particular love and deep knowledge of Russian literature and opera, and in 1982 he memorably conducted one of Opera North’s greatest musical achievements with Borodin’s Prince Igor, followed in subsequent years by equally outstanding performances of two giants of the Russian canon, Prokofiev’s The Love For Three Oranges and Mussorgsky’s Boris Godunov.

During his time with Opera North, DL-J led a busy concert programme, much of which featured his burgeoning passion for British orchestral music, the fruits of which can still be enjoyed in several recordings in the Naxos catalogue.

A number of us and so many artists who have been associated with Opera North in those early years will recognise his remarkable musical gifts and sophistication, combined with immense experience and a capacity for enthusiasm and curiosity that have taken him through more repertoire, in more genres, than most conductors ever dream of. A professional through and through.

Clearly, David was one of the people who truly defined the special character of Opera North. We wouldn’t be the Company we are today without his fervour, passion and determination, which has taught us all the art of the possible is here to stay.

Even those of us now at Opera North who did not have the privilege of knowing or working with him will recall the name David Lloyd-Jones with huge admiration, respect, love and gratitude.