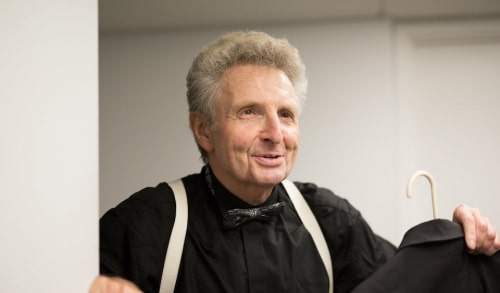 I must express my shock about the foreseen imminent closing of the McGill Conservatory, to say nothing about how it was communicated.

I know many of the 66 Conservatory instructors, all of them immensely dedciated, one of them my wife with 55 (fifty-five!) students, nearly all of them resp. their parents have already indicated their definitive plan to continue their studies with her, with or without a Conservatory.

The motives in the letter are completely false, with no numbers given, no previous talks/warnings ahead, nothing but a fait accompli of the exiting Dean of SSoM. “With heavy heart”…I agree:, heart of stone! Its contents is in total contrast to the facts:

As professor of the SSoM faculty I was always willing to share my studio with Conservatory professors, and so did several colleagues of mine. Besides, I cannot understand that the classes must take place in the Strathcona Music Building which indeed suffers with space, but everyone familiar with McGill’s total amount of buildings, rooms etc. in different parts of the city, cannot take the space claim seriously, certainly not with instruments which can be brought to the lesson by teacher and student ( = all Instruments except keyboards). With a bit of research, good will and endurance, this “problem” can be solved!!!!

I cannot speak for other instructors than my wife, but as mentioned, supportive letters of nearly all her students/parents have already poured in, protesting the decision, speechless over its short term (!!!) and assuring that they want to continue the lessons.

When some years ago, the existence of some Conservatoires within Quebec was threatened (except for Montréal and Québec City), not by a politician, but by a Conservatoire insider (!), I was one of many who wrote a protest note to the Minister of Culture, arguing that Quebec would seriously harm its position as the distinct province, ruining its exceptional cultural reputation within Canada. Fortunately, the crisis then was eventually solved positively.

Now we experience the same with the McGill Conservatory, a disastrous decision signed by two insiders, an exiting and an incoming Dean (none of them, by the way, with any closeness to performance!) with obviously no concern for the long term negative effects:

– Many Conservatory students moved on to professional music studies, won prizes and even performed in special programs in New York’s Carnegie Hall

– A large part would go into other professions, but because of their early-in-life musical education are/will/would be future enthusiastic concert goers, genuine melomanes.

– SSoM, by far the most important music faculty in Canada and well known internationally, is (has been to the brdt of my knowledge the only one with the inclusion of a Conservatory, an excellent method to secure a rich cultural life on all levels, on stage and in the auditorium (in Asia, Universities start even with music kindergarten!). It is/was again something that made Québec the one distinct province, far above all other provinces, the only one, I for one and several other international colleagues of mine, feel (felt) proud to work here and not anywhere else within Canada.

I dare say that no Dean with a direct background/link to Music Performance would have ever allowed that to happen (this I know as a fact and can elaborate on it). But a slimy letter like this, with false claims, fatal and not thought through in all consequences, tarnishes the good McGill name internationally of our beloved institution, ruins with one stroke what has been built over many years with enormous care and enthusiasm by dedicated teachers who have been made jobless from one day to the next, while their instigators are moving on (one of them simultaneously even receiving an award….!) “Strategic Planning”: eliminating an immensely important pedagogical institution with catastrophic consequences for so many instructors and frustrations/protests from numerous students/parents, all this with vague excuses saying nothing concretely.

In what world are we living??? Nothing can convince me that no other ways would be possible for a solution, acceptable for the teachers and the students/parents alike. Therefore, all facts, numbers, room options (and for Heavens’s sake including outside the Strathcona Music Building, in one or more of McGill’s countless buildings all over the town), should be brought forward and turned upside down for evidence and strategic thinking which deserve the name to secure the good name of McGill. What we have right now is a huge disgrace!

« Beethoven’s secretary was truer than he knew

Across four centuries of English music »