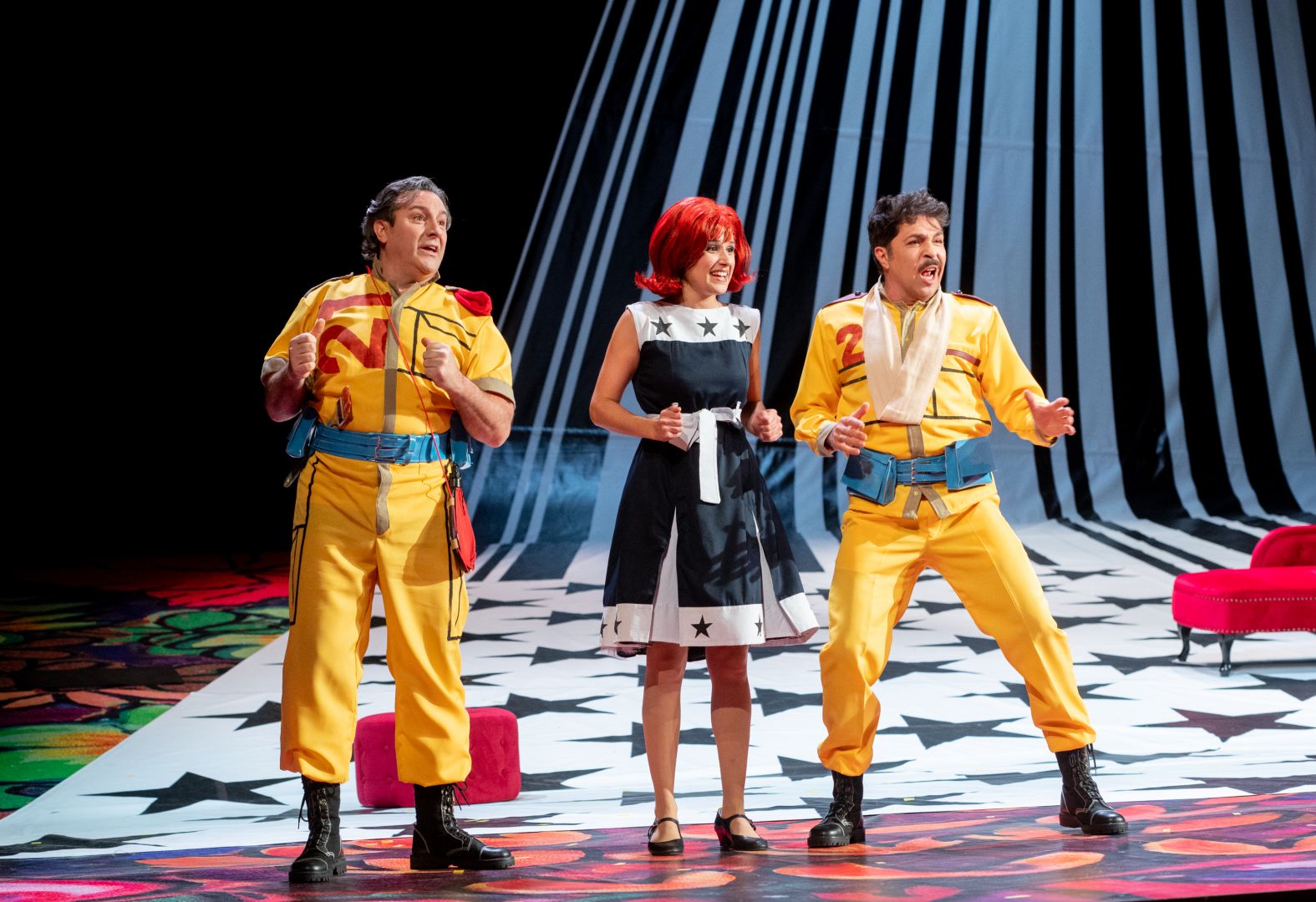 Slippedisc, courtesy of OperaVision streams glorious comedy and impeccable coloratura to combine in Donzetti’s La fille du régiment, incarnated by Marie, the feisty tomboy raised by a regiment of French soldiers. What can stand in the path of true love for Tonio is the young Swiss villager who conquers her heart – and nails a few high Cs on the way?

Director Luis Ernesto Doñas sets the action in central America, turning the revolutionary French fighting against conservative Tyrol into the struggle for Cuban liberation. Cuba as a place where two worlds confront and clash, a colourful one projected into the future and the other in black and white locked in nostalgic feelings about the past. This production was the unequivocal success of the 2021 Festival Donizetti Bergamo in co-production with the Teatro Lirico Nacional de Cuba, where it has already made a very successful debut.  Singing in French the young Spanish soprano Sara Blanch plays the leading role of Marie, Sulpice  by Paolo Bordogna, while the role of Tonio, with his legendary aria of at least eight high Cs, is entrusted to the renowned and charismatic American tenor John Osborn.