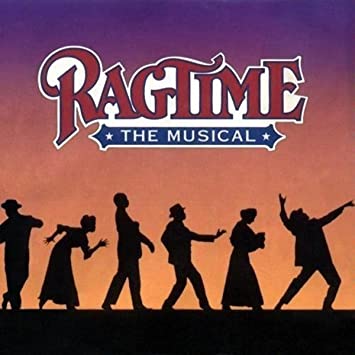 Wheels of a Dream – Ragtime

As many of you know, I often write about musicals and when I’m asked for my favourite, a question I hate because there are so many, I don’t reach for Rodgers and Hart or Rodgers and Hammerstein or Stephen Sondheim or Lin-Manuel Miranda, the image that pops up is that of Ahren’s and Flaherty’s magnificent  Ragtime. Almost nothing since has come up to the standard of that splendid adaptation of E L Doctorow’s  novel which had the massive ambition of telling the story of the divisions in American society at the beginning of the last century and succeeding brilliantly.

Much of my love for that show had to do with its extraordinary first cast. Without slighting the late, great Marin Mazzie who played Mother in the original (no other name, just Mother), the two standout performances came from Audra Macdonald and Brian Stokes Mitchell who were, and are still,   reigning titans of the American musical theatre. Here’s how they sounded then, in 1996, at the show’s premiere, in Ragtime’s most lyrical song. They sound just as good today.

« Weird and woke: String quartet is fired by its board

Alastair Macaulay: Women are now bosses of the ballet world »