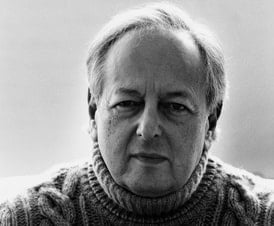 The Kindness of Strangers – Andre Previn

There was such a strong, positive reaction from readers when I recommended Tony Palmer’s film about Margot Fonteyn a couple of weeks ago tht I thought you might like to see another Tony Palmer documentary, this one about Andre Previn, who died in 2019  aged 90. The film’s title is, of course, a quotation from Tennessee Williams’ play, A Streetcar Named Desire, which Previn adapted as an opera in 1998.

From Berlin refugee to multi-Oscar-winning film score composer, from great jazz pianist to chief conductor of both the London Symphony and the Los Angeles Philharmonic Orchestras, through five marriages including Mia Farrow and last wife Anne-Sophie Mutter (whom he married too late for inclusion in this film), with an honorary knighthood for his services to British music, his story is extraordinary. Andre Previn’s remarkable career reached a climax in September 1998 with the premiere of his first opera, A Streetcar Named Desire. He also conducted the production at the San Francisco Opera, with Renee Fleming as Blanche.​
This film tells the story of the making of the opera, based on Tennessee Williams’s controversial stage play, and follows the backstage trials and tribulations from first rehearsals through to opening night. Previn talks candidly about the experience and relates it to his international life and career.

​Andre Previn stood centre stage in the world of music for fifty years. Tony Palmer’s ninety-minute documentary, filmed in America, Japan, Germany, Austria and England, tells both why and how.

« How dendochronology can date your violin