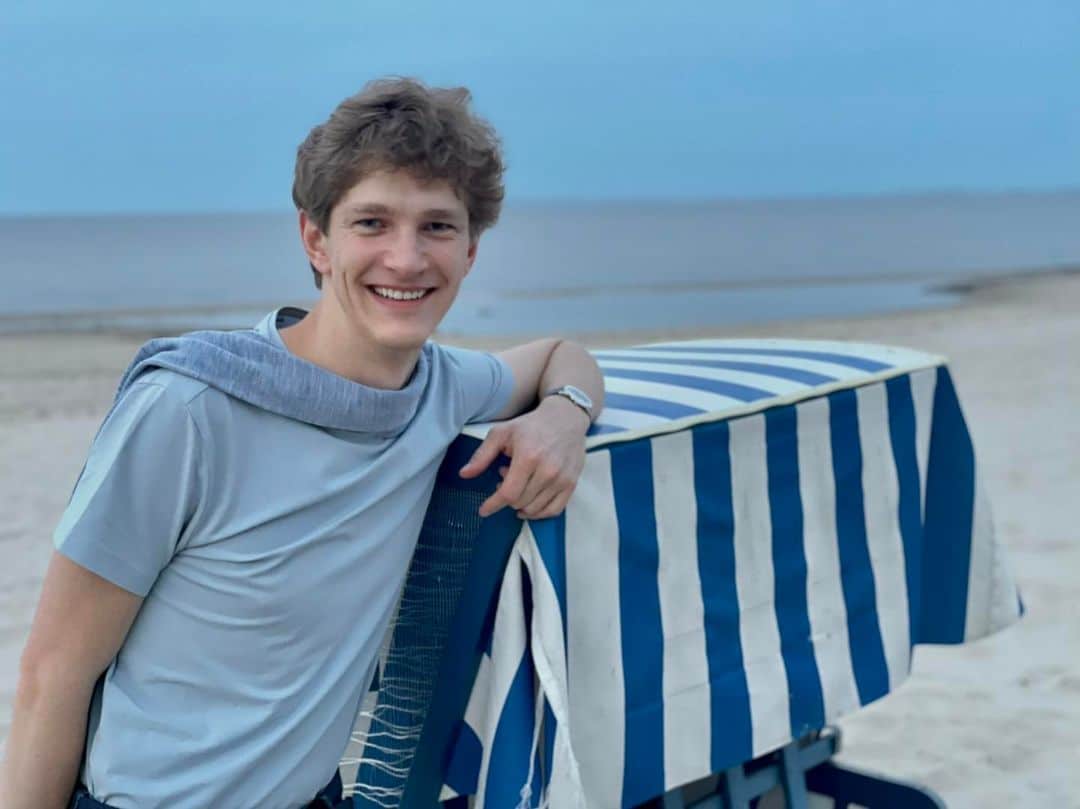 For its first post-Covid tour, the New York Philharmonic has landed at the unlikely town of Peenemünde. At the westernmost tip of the Baltic Sea island of Usedom, Peenemünde was home to the infamous Nazi rocket testing facility, home to rocket scientist Werner von Braun, and also home to over 10,000 concentration camp and labour camp victims; they made the first V2 rockets there. The visit, says the Usedom Music Festival’s Executive Director Thomas Hummel, sets an example for peace, freedom and diversity.

There’s no doubting either the prestige or the quirkiness of the event. Outside, amongst twisted industrial ruins of British bombings, an old test rocket stands tall. Inside, the New York Philharmonic plays Nina Shekhar’s +Lumina+, a recent work characterised by sibilant glissandi and great washes of sound.

For this opening concert, the New York Philharmonic is joined by members of the young Baltic Sea Philharmonic, sitting next to their transatlantic peers desk-to-desk. That makes it hard to comment on the New Yorkers’ sound, which in any case is hard to pinpoint in the industrial hall’s boomy acoustic. With such vast forces, Jaap van Zweden may have deliberately chosen a Karajan-style approach to Beethoven’s punchy score, filled with brutally heavy attacks, hammering out all beats of each bar with equal force. Lisiecki’s playing is adroit and refined, but never really takes flight; this is an +Emperor+ concerto that crash-lands, like the crumpled point of a test rocket that greets visitors to the adjacent museum.

It is now two decades since Rostropovich conducted Britten’s War Requiem in the same hall for this same festival; Mikhail Gorbachov was present. Needless to say, Putin is not present for this May’s concerts; but the chill cast by his shadow is palpable.

The main exhibition of the rocket museum is organised around the idea of a parabola. At one end, the science that created the rockets; at the other, the destruction caused by their impact; in between, the flight curve of Nazi propaganda that made this possible. There is a completeness to this concept that has not aged a day since Gorbachov’s visit; perhaps it has grown younger.

Shostakovich’s 9th symphony, with its embittered commentary on the Russian “victory” of 1945, should send chills down everyone’s spines. Van Zweden conducts with precision, drawing taut and disciplined ensemble from his strings; all the notes are in the right place, and there’s no doubting the commitment of his double orchestra. But the whole falls flat; it is as if van Zweden is reading a foreign language phonetically, sapping all the meaning from the words despite correct pronunciation. He has the charisma of a metronome. Yet the audience leaps to its feet with enthusiasm at the end.

The following evening brings further standing ovation for Andre Previn’s violin concerto ‘Anne-Sophie’, played by its namesake – a dreadful, saccharine work that has as its sole redeeming feature quotations of a melancholic German children’s song. Mutter plays with her trademark spun-gold smoothness, all vowels and no consonants, which must be how Previn wanted it.

Joan Tower’s 1920/2019, which opened the concert, seems a work of genius by comparison – certainly it is a solid, driven piece, part of the orchestra’s Project 19, for which 19 women composers are commissioned in honour of the centennial of the 19th Amendment.

In Bela Bartok’s Concerto for Orchestra, we finally hear what van Zweden and his orchestra can do best – attack an iconic 20th-century score with verve, teeth and claws. This is an orchestra in technically fine form, with lightning-quick reflexes and truck-loads of character. It is also an ensemble whose relationship with its chief has audibly curdled. Does this set an example for peace, freedom and diversity? Perhaps, for all the artistic compromises, it does. If former enemy lands can come together to make plough-shares out of swords, at a time when Adolf Hitler’s “wonder weapons” seem to foreshadow Vladimir Putin’s nuclear threats in the most uncomfortable way imaginable, perhaps there is reason to hope.

The Usedom Music Festival continues in late summer with a focus on Estonia.

September to December concerts on sale at Wigmore Hall »