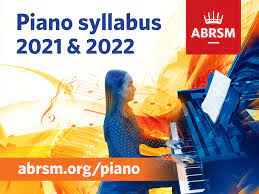 The international music examining board is under fire from its users. See below.

Letter of no confidence in ABRSM’s IT infrastructure
Dear Chris,
Since ABRSM’s decision to improve its IT system through an overhaul of the booking system and the creation of Marcato software, colleagues have patiently worked through and accommodated the many bugs that have continued to be present in this software and infrastructure.
Management has consistently failed to respond effectively to the root causes of this situation, preferring instead to suggest that the welter of deeply critical comment on social media platforms and from other sources is insignificant, with major issues still being inadequately rationalised and normalised as mere ‘glitches’. At a time when ABRSM’s image and reputation has suffered, and its financial situation has been so challenged, we are at a loss to understand why the crisis of public confidence is being allowed to continue unresolved, with insufficient regard for the amount of collective frustration, wasted time, and loss of trust in ABRSM’s operations and standards.
There are still numerous instances of local system crashes and ongoing malfunctioning. Many examiners literally dread the possibility of software and hardware failures when out on the road in live face-to-face examining situations. All this impacts on the candidate experience and is a source of deep embarrassment to examiners. The more recent systems failure to deliver the final edited version of mark forms to candidates, whilst in some instances laying the blame for sub standard syntax, grammar, and incorrect figures at the door of individual examiners is simply unacceptable. Not only does this undermine the professional integrity of the examiner panel, whose reputation within the music industry risks being adversely affected by ABRSM system failures, but we are being called upon, as ambassadors for ABRSM, to defend the indefensible.
We do not accept the reasons we have been given for Marcato failures as ‘the inability to test at scale’. After over two years of patiently endeavouring with this volatile technology, we are deeply concerned at the apparent failure of software developers to provide the necessary basic level of industry standard reliability and support, and the apparent inability to ensure a stable platform. Many colleagues now feel that their only option is to soldier on with a tool which has proven itself unfit for purpose, with no assurance of an end in sight or a date by which it will reach an acceptable standard of reliability. We feel this state of affairs is unfeasible, unreasonable, and unsustainable.
We are calling on ABRSM to undertake a full audit of the current situation and to provide us with long- and short-term strategies to ensure reliable solutions, so that customer confidence is restored, and we can undertake work for ABRSM in a manner which befits our professional expectations as examiners, and the expectations of the customers we serve.
We do not currently have confidence in ABRSM’s IT infrastructure and software. May 2022
Emily Ashton Claire Hobbs
Karen Anderson Andy Hodge
Marcus Andrews Eleanor Hodgkinson
Paul Arnell Sandy Holland
Bernard Barker Errol Hui
Alice Beckwith Rachel Jeffers
Sally Bell Adrian Lucas
Sue Bint Richard Markham
Gill Blythman Anne Marshall
Chris Brannick Alison Moncrieff-Kelly
Robert Bridge Jane Money
Peter Broadbent Kathryn Mosley
Rosemary Broadbent David Nettle
Christopher Brown Peter Noke
William Bruce Anthony Ovenell
Alan Bullard Llinos Owen
Russell Burton Stephen Pinnock
Seán Carolan Martin Richards
Stephen Carleston Michael Ridley
Nicholas Carter Tim Ridley
Helen Cawthorne Victoria Rowley
Susan Clark Martin Sanders-Hewett
Marissa Cornford Peter Selwyn
Gillian Cummins Iain Sloan
Caroline Diffley Michael Smedley
Kevin Duggan Eleanor Smith
Andrew Dunlop Peter Stearn
Brenda Dykes Helen Styles
Val Dyson Meurig Thomas
Margaret Ede John Treherne MBE
Howard Evans Helen Tseu
Robert Evans Steven Wilkie
Gill Ford
Anthony Froggatt
Lauren Golthorpe
Moira Hayward
There are 153 other colleagues who also support this letter of no confidence and have expressed their wish to remain anonymous.

« A career the NY Times declared was over