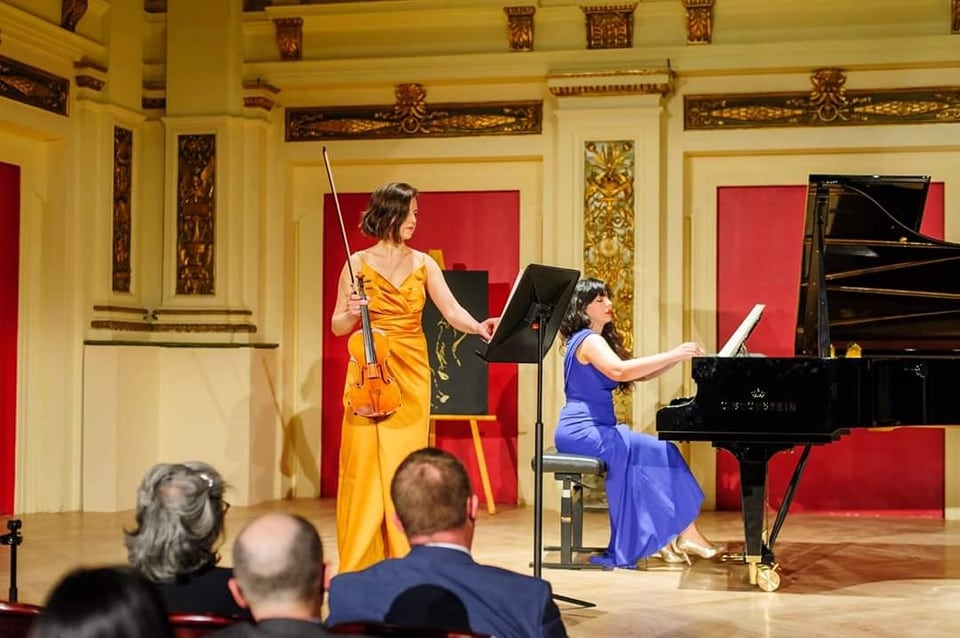 A planned appearance by the Greek conductor and his Russian musicAeterna ensemble, funded by a sanctioned bank, is attracting hostile responses on social media.

Like this, from the Vienna-based Ukrainian violinist Vira Zhuk, pictured below at her own fundraiser for 73 unaccompanied children evacuated from Ukraine.

Why do you think that’s it is appropriate to host three concerts of Teodor Currentzis with his musicAeterna the following week? The orchestra is founded and sponsored by VTB bank, the second largest bank in Russia, currently under sanctions due to the Russian invasion of Ukraine. Russia clearly continues the Soviet tradition of using the culture as the main mouthpiece of propaganda. This has been so successful, that Europeans still can’t believe, that this criminal war is not just Putin’s crazy idea, but a horror supported by majority of Russians. Have you seen their latest ‘achievements’ in Ukraine? #buchamassacre.

The third concert announced as a benefit event, ‘a symbol of hope and peace in this crisis-ridden time’ ( crisis! ), which apparently supposed to camouflage the presence of this ensemble in the calendar, deserves special attention. Quite an impressive list of masterpieces from the Western history of music crowned with Tchaikovsky’s Elegie as the final work of the concert. Maybe a sign of ‘Russian liberation’?

Not to mention the recent controversial behaviour of the International Federation of Red Cross in Moscow, which is listed as the final destination for the donations.