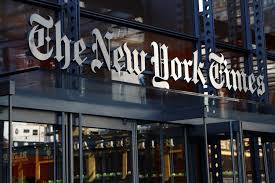 Dance editor Rachel Saltz will take on the classical music portfolio as well.

Rachel grew up in San Diego and studied South Asian languages and civilizations at the University of Chicago. She attended film school at Columbia University, where her short film, “Gold Mountain,” about Chinese laundrymen in New York in the early 1900s, won a student Academy Award. During her film school years, she spent many nights at Film Forum and at the Metropolitan Opera in the fourth ring.

Before joining The Times in 2003, Rachel worked at Sports Illustrated, Essence magazine and the Daily Racing Form. At The Times, she started on the Sports desk as a copy editor and came to Culture in 2004, where for several years she was the daily books editor, working with the critics and editing book features and news. While on Culture, she has written theater and movie reviews, with a special interest in Bollywood.

« Frank Gehry: I used to be Goldberg