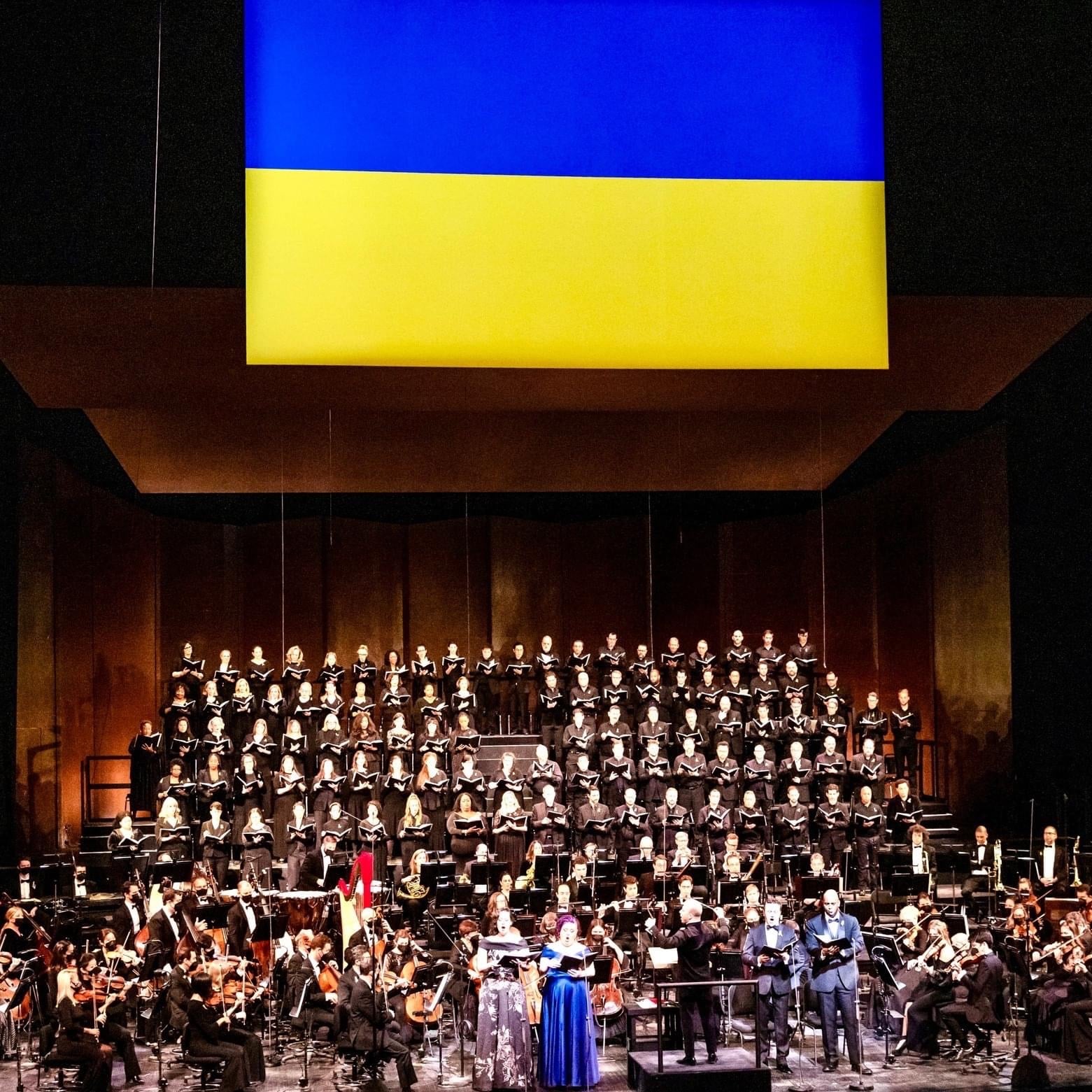 The Scottish Government is paying for the new refugee orchestra to appear at the Edinburgh Festival – in addition to its date, announced yesterday, at the BBC Proms in London. Some local politics going on here, but in a worthy cause.

Statement by the festival:
The Ukrainian Freedom Orchestra comes to Edinburgh for a historic free concert, the only Scotland performance in their tour of Europe and the USA. Edinburgh is twinned with the city of Kyiv and this special collaboration between the International Festival and the Scottish Government is in support of the city’s Ukrainian community and those directly affected by the war.

Assembled by New York’s Metropolitan Opera and the Polish National Opera, the Ukrainian Freedom Orchestra includes recent refugees, Ukrainian members of European orchestras and leading Ukrainian musicians and performers. The Ukraine Ministry of Culture is granting a special exemption to military-age, male members of orchestras inside the country to participate, allowing them to put down weapons and take up their instruments in a demonstration of the power of art over adversity.

Presented in partnership with the Scottish Government.

UPDATE: They will also play in Aldeburgh at the August Festival, we hear.