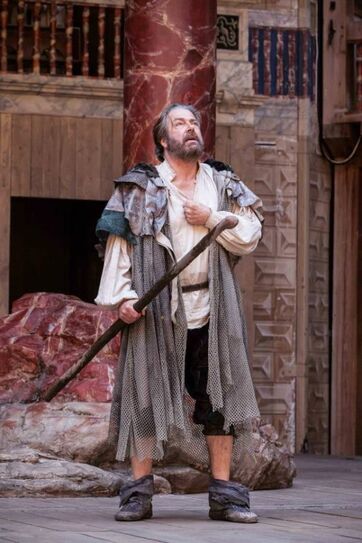 Shakespeare’s Globe has released several new online videos from their archives, all of which are worth seeing.

One of them is the 2018 Hamlet with the Globe’s Artistic Director Michelle Terry in the title role. This is not as surprising as it sounds. Every actor worth his or her chops longs to take on one of the big ones – Hamlet, Macbeth, or Lear – and, sooner or later, if they’ve got the clout, they do. James Bond, otherwise known as Daniel Craig, is playing Macbeth right now on Broadway.

Much gender-bending is going on in the theatre and one of my most memorable Twelfth Nights starred Mark Rylance as an unforgettable Viola. That production is still available on the Globe website too. As for great actors testing themselves on the shoals of King Lear, think Anthony Hopkins, Jim Broadbent, even Al Pacino.

Among the newly released presentations is an excellent The Tempest with Olivier-winner Roger Allam as Prospero and Olivier-winner Jessie Buckley as Miranda.

​Conventional wisdom says that this was Shakespeare’s last play and that his breaking of his staff at the end was Shakespeare’s farewell to the theatre. Possibly, but what is sure is that, after 30-odd previous plays examining nearly all human (and supernatural) emotions, this one is Shakespeare’s late exploration of subjugation, forgiveness and, yes, freedom.

You can subscribe to the Globe Player website for an annual £59.99. If you’re a Shakespeare addict, this option’s for you. If you just want to watch them one at a time, you can rent a single show for £9.95.

« Philip Glass gets premiered in a tomb