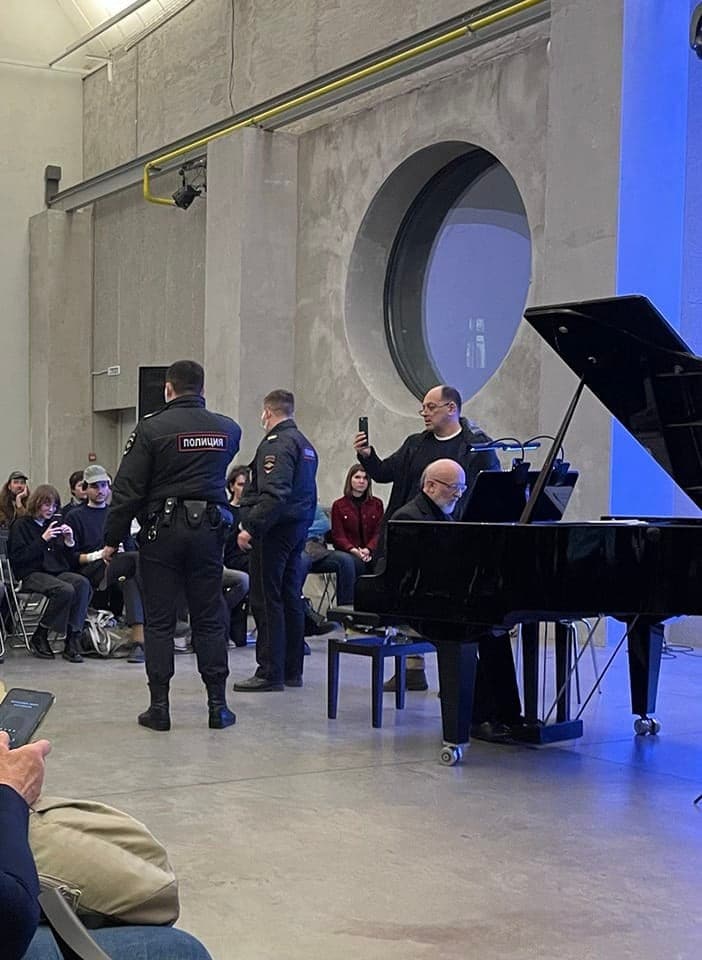 Moscow pianist: Why Putin’s police broke up my concert

Slippedisc.com was first to report last week when Moscow police broke up a concert of pianist Aleksey Lyubimov and singer Yana Ivanilova at the Rassvet cultural centre.

Lyubimov has just given a brave interview to Van magazine, explaining the circumstances of the official disruption.

Alexei Lubimov: Two months ago, we announced the program, of Valentyn Silvestrov’s vocal cycle “Steps” with Yana Ivanilova and the Schubert Impromptus and some lieder. It was a planned event, and was publicized normally. There was nothing dangerous about it. But, on the morning of the day of the concert, the director of the hall [Alexei Munipov] got a call—I don’t know from which authorities—and they asked him to cancel the concert. He replied that he couldn’t cancel it because it was sold out, and that there was nothing problematic or dangerous about the program.

Before the concert, [Munipov] asked me and Yana Ivanilova to speak carefully during our introductions to the pieces, without references to politics or the war. And we did so. We just explained who Silvestrov is—a very well-known composer, of course a Ukrainian composer, a famous member of the avant-garde from the 1970s and ’80s—[and talked] about “Steps” and so on.

We performed “Steps” with great success. Then we began the second part, with the Schubert Impromptus, which were supposed to be followed by Schubert songs. But during the end of the first Impromptu, the policeman came into the hall, and announced loudly, “You have to leave the hall, because we have to check for a bomb. There’s been a bomb threat.”

I immediately understood that this was a provocation and that it was fake. So I continued to play, going into the second Impromptu. And the police were waiting at the entrance of the hall. But after four minutes, they came up to me at the piano. I was worried that they would close the piano….