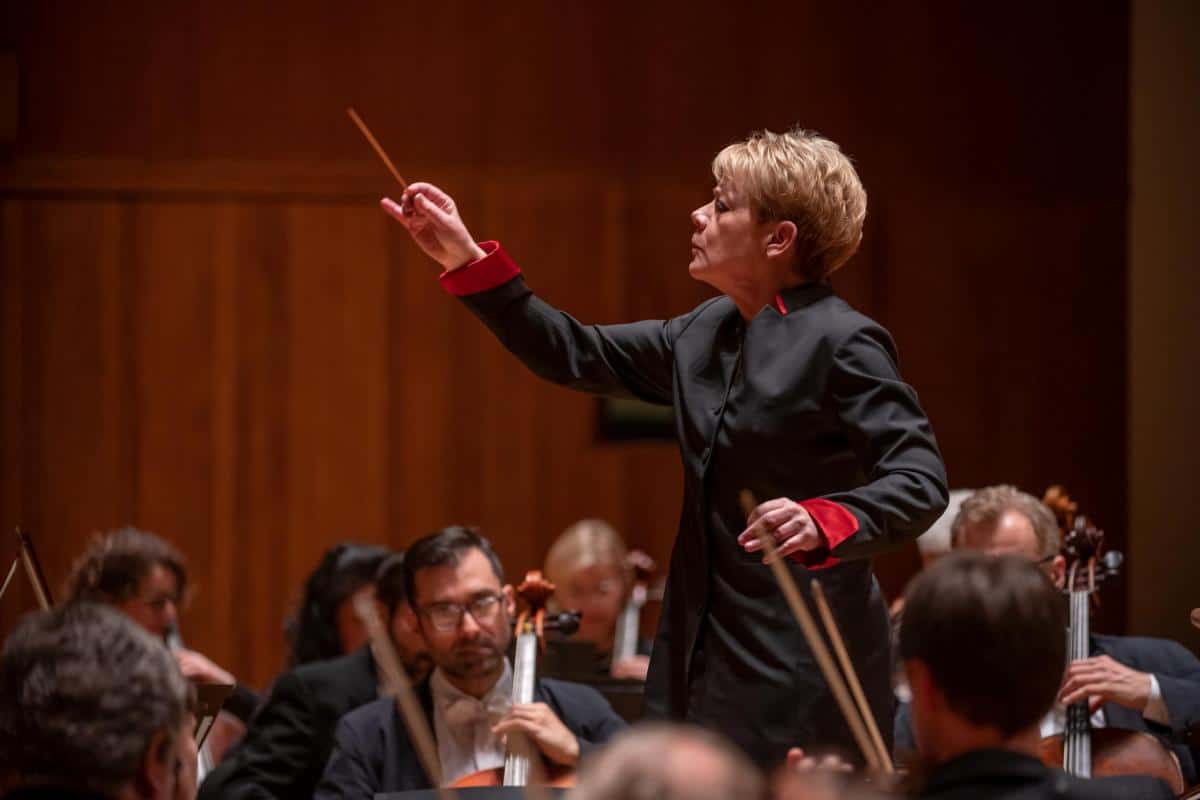 The Baltimore conductor has imported a rapper to improve on Schiller’s Ode to Joy.

She explains why to Baltimore Magazine:

So we’ll be hearing the symphony with a new text?
You know, the [Friedrich] Schiller poetry is phenomenal, but it’s not relevant for us today. The word “Joy” meant something different in his day. Schiller was revolutionary because the idea of individuality and individual freedom was something very new back then. I [thought], why don’t we consider reimagining the text? With the same themes, the global themes of unification, tolerance, humanity, humankind, and joy. And what is joy really? So, I started this project called the Global Ode to Joy. And I had scheduled 12 performances with nine new texts, including texts in Zulu, in Maori, for New Zealand. We’ve had texts in German, Portuguese. They’re not just translations. They’re really reinventions. Tracy K. Smith, the former U.S. Poet Laureate did a version that we were supposed to premiere at Carnegie Hall. And then the text for Baltimore is done by my friend Wordsmith, Anthony Parker.

I heard that the piece is going to include African drumming and jazz? This is not the Beethoven’s Ninth I know!
The idea is not just a new text. I’m also trying to enable the listener to understand why Beethoven wrote those first three movements. To that end, I’ve inserted music that segues from the first movement to the second movement and the second to the third. And then it goes attaca [straight] into the fourth. I tried to insert music that was culturally relevant to the location where I’m doing it. Here in Baltimore, between the first and second movements, I have African drumming. Just three minutes. But it takes the motif and it evolves it. Because I think that’s what Beethoven was thinking. And then between the second and third movements, I have a jazz ensemble that’s going to play these close harmonies that are going to take us into the opening of the third movement.

What do you say to people who think it’s audacious to try to “improve” upon a masterpiece?
I’m not improving upon it! But you know, one of the challenges with classical music and art that is put up on such a pedestal is that people can’t feel close to it because it’s so untouchable. I think that Beethoven would be intrigued by this. Because the most important thing to him was the narrative and the message. And this is what I wanted to celebrate about Beethoven. He was not just a musician, he was really a philosopher. And I think that it’s valid because it’s bringing us closer to his masterpiece.

Why are UK orchestras silent on Ukraine? »