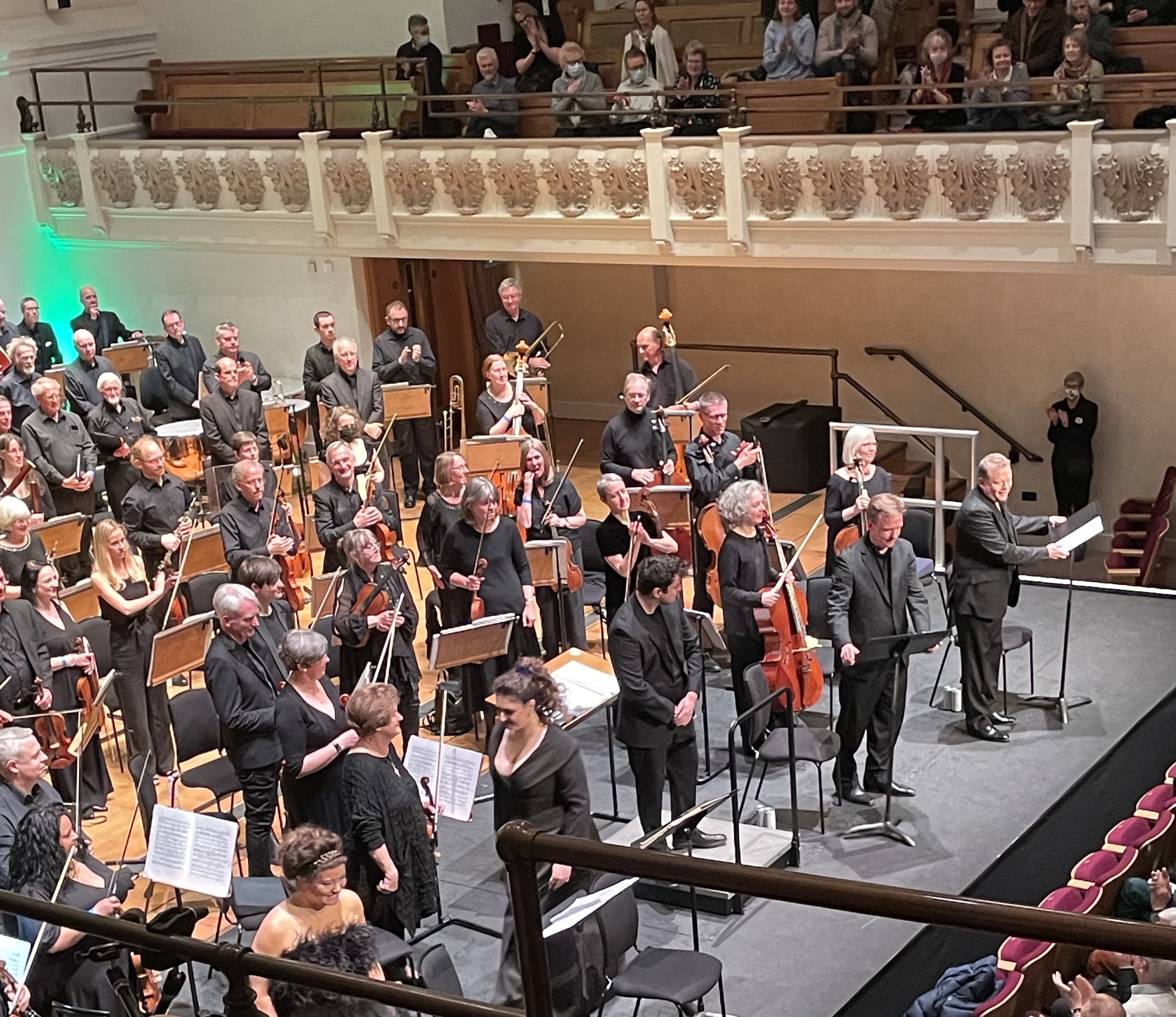 We have the first review of Oberto from the Chelsea Opera Group by Hugh Kerr:

The final part of our operatic weekend in London was the concert performance of Verdi’s first opera Oberto by the Chelsea Opera Group at the Cadogan Hall on Sunday evening and today we bring the first review of that performance and I’m glad to say it was excellent.

Oberto is very rarely performed because, being early Verdi, it is a little crude in plot and execution. Covent Garden have only performed it once in concert form in 1997 which I missed as I was a little busy at the time as an MEP (including being in charge of music policy along with Nana Mouskouri ). Opera North did produce it in the 1994/5 season under the direction of the great English singer John Tomlinson who also sung Ricardo (I’m glad to say John Tomlinson was still in good form aged 75 as Swallow in the last night of Grimes on Thursday).

So it was with some trepidation that I approached the performance of Oberto on Sunday evening in the splendid Cadogan Hall, one of my favourite London concert venues. Chelsea Opera Group produced a concert performance of a very high quality with some exceptional singing backed by an excellent semi professional orchestra under the very good ex-Covent Garden conductor Mathew Scott Rogers, with a spirited chorus of some forty women and men.

The soloists compared very favourably to the recorded version I’m listening to whilst writing this report, a cast that includes Samuel Ramey, Maria Guelghima, Stuart Neill and Violeta Urmana. The cast on Sunday night had Peter Auty as Riccardo, an excellent tenor we know in Scotland from performances with Scottish Opera, surefooted with a lovely sweet tone. Leonora ,Oberto’s daughter, was sung by young Armenian soprano Anush Hovhannisyan who we also know well in Scotland as she is a graduate of the Conservatoire in Glasgow ( number three in the world!) and sung a very good Violetta for Scottish Opera’s Traviata. Anush was superb tonight, totally secure and with a very big voice when required.

Stephan Loges was an excellent bass in the role of Oberto and his duets with Auty as his rival Riccardo were highlights of the evening. The smaller parts of Cuniza and Imelda were well sung by Carolyn Dobbin and Eirlys Myfanwy Davies. The orchestra and the chorus were tightly conducted by Mathew Scott Rogers and the performance was very well received by a big Cadogan Hall audience.

This, for me, capped a great operatic weekend in London not least because of the relative lack of opera in Scotland compared to the riches of London. I bumped into a very good Scottish soprano Cheryl Forbes at Covent Garden who was singing with Scottish Opera in the Gondoliers at Hackney Empire. In the gents at Covent Garden I compared notes with a very fine young singer Benson Wilson who had just finished singing in Cosi at the ENO. To paraphrase Dr Johnson ,the opera lover who is deprived of opera should come to London “ I’ll be back”!

The haggard look of a Ukrainian artist in Bucha »