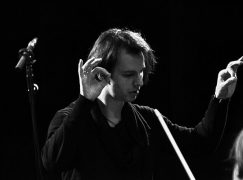 Tomorrow’s Vienna Konzerthaus concert by the Greek conductor Teodor Currentzis and his musicAeterna orchestra has been abruptly cancelled under public and political pressure.

Currentzis and his ensemble are financed by the banned Russian VTB Bank, which is closely linked to president Putin.

The Ukrainian ambassador to Austria asked for the concert to be called off, following public unease at its funding sources. The concert was supposedly raising funds for war victims. The ambassador officially asked the hall to refrain from involving Russian artists in benefit concerts for the benefit of Ukraine.

The cancellation was reported to the Austrian Press Agency. No word from Currentzis.

It is further reported that Currentzis enjoyed a non-transparent friendship with the Konzerthaus director.

Can Currentzis survive his special measures? »