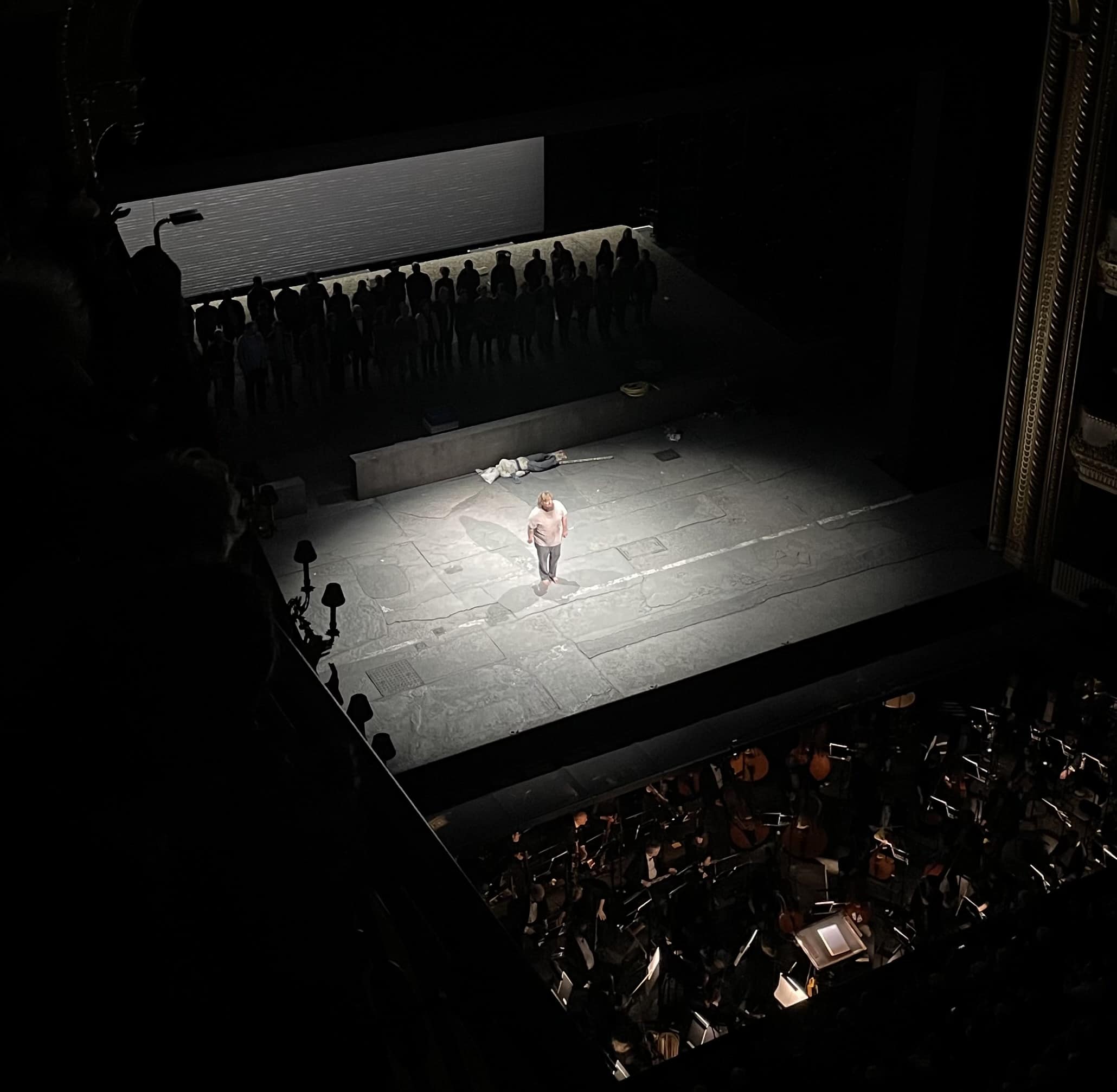 Hugh Kerr of Edinburgh Music Review has seen both Kaufmann and Clayton.

A few weeks ago I reviewed for Slipped Disc the last night of Peter Grimes from Vienna, it is a rather limp old conceptual production ,but was saved by the great singing of Jonas Kaufmann, Lise Davidsen and Bryn Terfel and the wonderful sound of the Vienna Philharmonic. It was I declared the best Grimes I had seen and I’ve seen quite a few going back to Jon Vickers at Covent Garden.

Last night I saw the last night of Peter Grimes at Covent Garden. It’s had rave reviews but I was sceptical, could Allan Clayton match Kaufmann, could Maria Bengtson as Ellen Orford compare to the finest soprano in the world Lise Davidsen? Would Deborah Warner’s “ theatrical” production updating Grimes to the present time work or subvert the opera?

Well, I was wrong in my doubts. This is the greatest Peter Grimes of our time and maybe of all time, even Britten’s in 1945. Yes Allan Clayton is not as good a singer as Jonas Kaufmann, but he sounded more authentically English than Kaufmann and his appearance and acting convinced you that he was a tortured soul destined to drown.Maria Bengtson is not as good a singer but again was more authentic than Davidsen and gave the impression of a weak woman under pressure. Bryn Terfel was just as good as Balstrode as he was in Vienna and it was great to see John Tomlinson dominating the stage as Swallow.

The chorus at Covent Garden were far superior to Vienna and the Covent Garden orchestra under Mark Elder were superior to the Vienna Philharmonic and were greeted by a roar before the final act. Above all Deborah Warner’s updated production did not trash the opera as some modern opera productions have done at Covent Garden ( Katie Mitchell’s Lucia for one!) instead it enhanced the drama which makes Grimes a great opera, occasionally it went over the top ,did we really need a swinging Grimes over the stage at the conclusion of the opera? Why did Alan Clayton have to sing his most delicate aria facing away from the audience? However despite these caveats it is a great production, the theatrical direction made sure you were engaged with every scene and at times it was truly terrifying in the power of the mob. It truly is a Grimes for our times but for me it is the greatest Grimes of all times.

This was the last night but the good news is that Covent Garden has filmed it and will at some time show it in cinemas or live streaming, don’t miss it. However if you want the real thing it’s a co~production with Paris and they will be doing it next season ,and having sold out at Covent Garden I’m sure it will be back there soon. This truly is a Grimes that will stay with us.