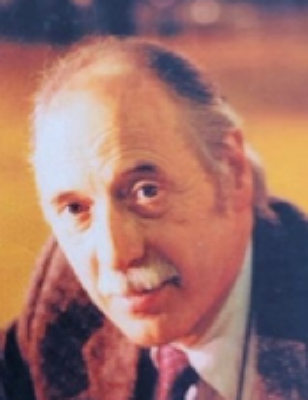 Horowitz’s piano tuner has passed away

From the death notice of Franz Mohr, who died on Monday:

Franz Mohr was born in Nörvenich in 1927 as the son of a postman Jakob Mohr and his wife Christina Stork. Since his father got a job at the post office in Düren, the family moved to Düren very early and lived there in the house at Eintrachtstraße 47, today Sachsenstraße. There Mohr experienced the heavy air raid of November 16, 1944. This was a tremendous shock for the young man and the reason for his rejection of God. After the war, however, he met the Scottish pastor Dr. James McFarlane, who was holding a Bible study group in Germany. Franz attended this group, but left unconvinced that there could be any truth in the Bible. McFarlane gave him a Bible and promised to pray for him. After a few months, Franz began reading the Scriptures and became a Christian. There a journey started that would shape his entire life….

He first studied at the Academy of Music in Cologne and also studied viola for seven semesters at the Detmold Academy of Music. Recurring tendinitis forced him to abandon his studies. Through an advertisement, he became aware of the piano maker company Ibach in Schwelm, where he began an apprenticeship. In 1956 he moved to the Steinway branch in Düsseldorf. In 1962, another advertisement proved to be decisive: Steinway & Sons in New York was looking for piano technicians. So Franz, now married, emigrated to New York with his Elisabeth and his two sons Peter and Michael; their daughter Ellen was born later in the States. He first became assistant to the chief concert technician Bill Hupfer.

Soon he was tuning for Glenn Gould, with whom Hupfer had fallen out of favor because of a carelessness (he had touched him on the shoulder), as well as for Vladimir Horowitz and Arthur Rubinstein. In 1968, after Bill Hupfer’s retirement, Franz Mohr became his successor. Now at home in Lynbrook on Long Island, the chief technician of Steinway & Sons, NY accompanied “his” pianists to all important performances and recordings. Vladimir Horowitz never gave a concert without him and without his own instruments, so Franz now traveled the world. In addition, the Mohrs now belonged to the select circle of friends of Vladimir and Wanda Horowitz-Toscanini. In his dealings with the ingenious pianists, Franz Mohr proved to be not only an excellent workman, but also an empathetic advisor and now and then even a counselor. And, of course, he prayed regularly for his artists, which Horowitz, for example, highly credited him for.