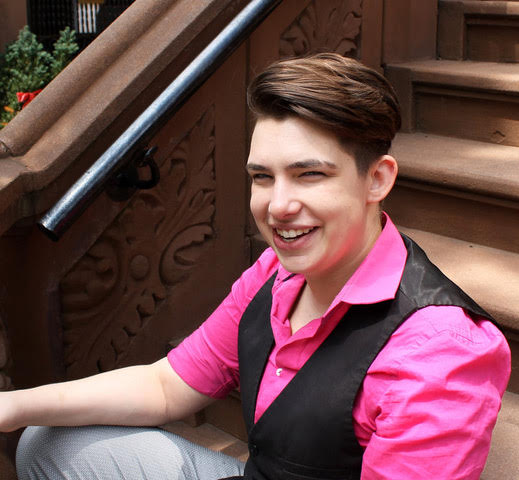 A publicist has pitched us this:

Aiden K. Feltkamp has curated the first-ever volume of vocal and piano music written for and/or by transgender and nonbinary people, Anthology of New Music: Trans & Nonbinary Voices.

Aiden K. Feltkamp (they/he) is a Turn the Spotlight fellow and graduate of Bard College Conservatory’s Graduate Vocal Arts Program. It was their idea to build a collection of vocal and piano music that, rather than focusing on a particular instrument or voice type, centered on identity.

NewMusicShelf is proud to release the first-ever volume of songs written for and/or by transgender and nonbinary people, Anthology of New Music: Trans & Nonbinary Voices. The collection presents composers who highlight the multifaceted intersections unique to the lived experiences of transgender and nonbinary people and stands as a declaration that despite the many historical attempts to isolate them, these communities will not be silenced. Their voices are beautiful, and through printed compositions, the anthology spotlights these important artists so that the world can recognize and revel in their beauty. NewMusicShelf Anthology of New Music: Trans & Nonbinary Voices, Vol. 1 is published by Dennis Tobenski and curated by Aiden Feltkamp. It is available now on NewMusicShelf.com, Amazon, BarnesandNoble.com and wherever books are sold.

“As a trans nonbinary singer, I often found opera and musical theater compositions to be aggressively gendered and binary,” reflects Aiden Feltkamp. “I was at a loss for repertoire that spoke to me.”

They approached Dennis Tobenski, a composer and vocalist who was running a boutique music publishing company in New York City, with the idea to build a collection of vocal and piano music that centered on identity.