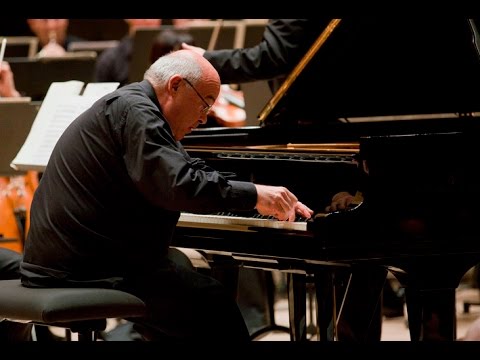 Exclusive: Pianist suffers heart failure in concerto – and gets to the end

We’ve been informed of a terrible scare in Vancouver, Washington (USA).

The Georgian pianist Alexander Toradze, 69, was set to perform Stravinsky’s Piano Concerto for Winds & Orchestra and Shostakovich’s Piano Concerto No. 2 twice last weekend with the Vancouver Symphony Orchestra. He started feeling unwell on Thursday. Friday it got a bit worse, so he rested in his hotel room for most of the day. By Saturday, he struggled to walk unaided.

Testing negative for COVID, he went ahead with the concert, brilliantly, by most accounts. Afterwards he felt really unwell and Dr. Michael Liu (VSO Board member and Medical Doctor at PeaceHealth Southwest Medical Center in Vancouver, WA) drove him to hospital.

In ER, Toradze was then told that he had acute heart failure while performing. He remains at PeaceHealth until his health is stable.

UPDATE: Lexo speaks to us from his hospital bed.

Philip Glass gets premiered in a tomb »