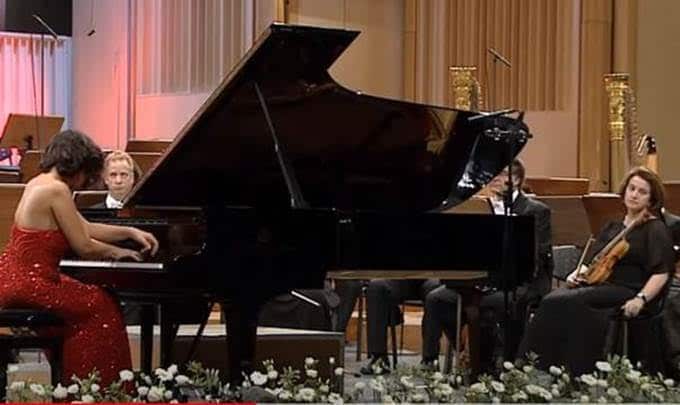 Don’t shoot the pianist. Just sh*t on her

We have been sent a video of the Georgian-French pianist Khatia Buniastishvili performing a Liszt/Horowitz encore at the 2017 George Enescu Festival in Romania.

Khatia’s playing is flamboyant, as ever. The audience is intent and enthusiastic.

But the players in the orchestra make no attempt to hide their boredom or disdain. Starting with the concertmaster and his deputy, who send little glances signifying their contempt, a wave of discourtesy spreads around the musicians in a manner we haven’t seen for a very long time. All of this is captured on television. It’s a case of don’t shoot the pianist, just sh*t on her.

So unprofessional, and so unpleasant.