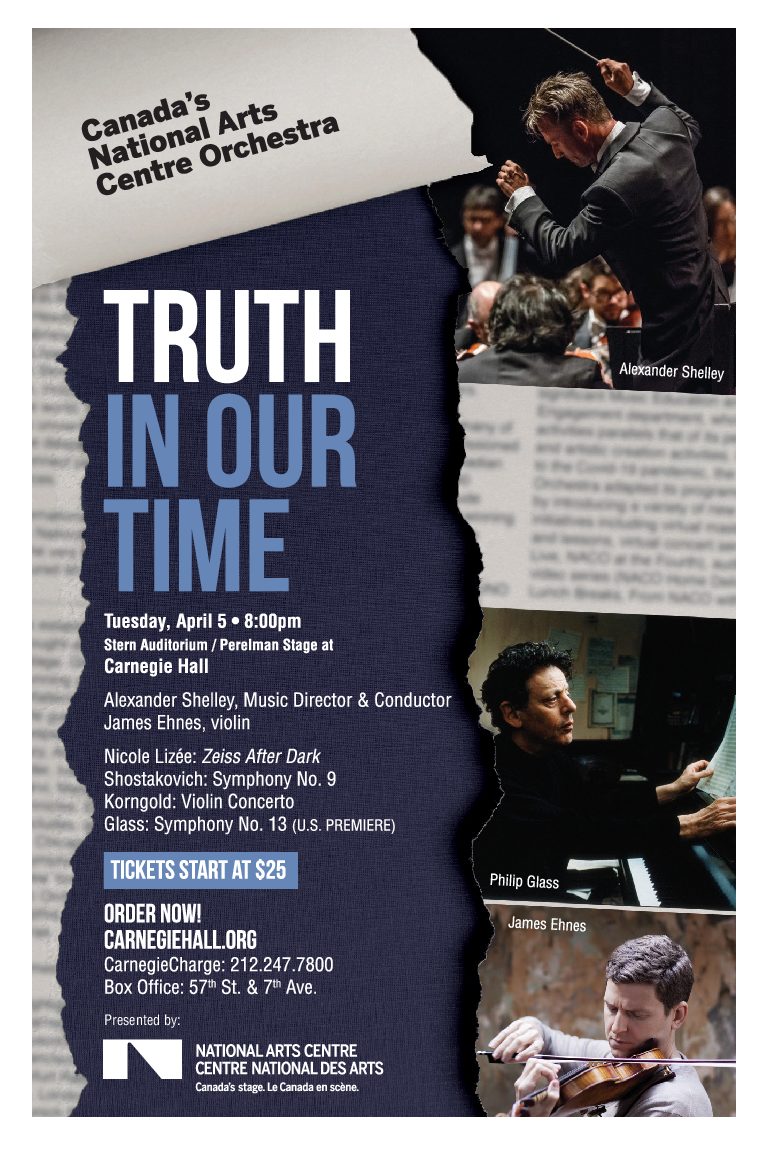 Canada’s National Arts Centre Orchestra makes its first appearance at Carnegie Hall in 30 years, presenting the U.S. premiere of Philip Glass’s Symphony No. 13 — a meditation on truth and how it is told, commissioned in memory of esteemed journalist Peter Jennings.

The evening begins with Zeiss After Dark by contemporary Canadian composer Nicole Lizée, inspired by the imagery of Stanley Kubrick’s Barry Lyndon, truth through light and lens.

The one-night-only event features violinist and two-time Grammy winner James Ehnes.  “One could only wonder if there’s a finer violinist alive,” declares the Dallas Morning News.

Joyce DiDonato takes it back to school »