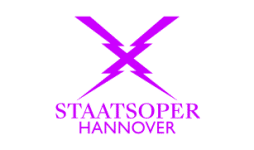 Tonight’s opera of the week – Der Vampyr by Marschner

Der Vampyr is brought to you tonight by Slippedisc, courtesy of OperaVision from Staatsoper Hanover.

The opera’s composer, Heinrich Marschner, was a formative figure in Hanover’s musical life and led the theatre that preceded the Staatsoper, as Royal Hanoverian Kapellmeister and Intendant, for almost three decades from 1831.    Marschner adapted John Polidori’s novella ‘The Vampyre’, which was modelled on British dandy and writer Lord Byron. Our fascination with the bloodsucking outsider is still as strong two centuries later. Brilliant German director Ersan Mondtag and his team explore social outsiderness and the curse of immortality. Starring Shavleg Armasi as Sir Humphrey, Mercedes Arcuri as Malwina, Edgar Aubry as Norman Reinhardt and Michael Kupfer-Radecky as Lord Ruthven.

The Plot:  Gathered in the Scottish Highlands, the spirits grant the vampire, Lord Ruthwen, another year of life on the condition he sacrifices three young women within 24 hours. Although a young man Aubry knows Ruthwen is a vampire, he is sworn to secrecy. When the young man’s own lover Malwina is about to become the vampire’s next victim, Aubry has to choose between saving his bride or remaining true to his oath.