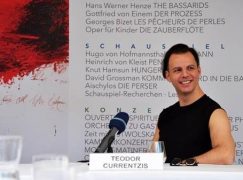 The silence of these artists on Ukraine

We’d like to hear opinions on the Russian invasion from a number of brand leaders who appear to have gone missing in action:

N. B. It strikes us that people who are role models and spokespersons for classical music need to make clear where they stand on Europe’s worst aggression since World War Two. Silence could be construed as complicity. That is why we published this list.

UPDATE: Mr Eschenbach’s representative has notified us that, on March 1, he made this statement, which we are happy to share:

Already on 1.3. Mr. Eschenbach has announced to give a solidarity concert for Ukrainian children and families, which will take place on 17.3. in the Konzerthaus. All proceeds will go to the SOS Children’s Village Ukraine, which cares for children in need.

“I am appalled and disturbed beyond measure by the terrible situation in Ukraine. I grew up during World War II, was a refugee child myself, and therefore know the deep wounds war leaves behind. I hoped that this would be the last war in Europe in my lifetime and that of future generations. Now I have to see the terrible suffering that has come over the people of Ukraine, through a regime that invades a country and thus our democracy. Ukrainian children on the run are exposed to great dangers, they are threatened with hunger, diseases as well as trauma, among other things. It is a very personal concern for me to set a musical sign with my orchestra as part of our Shostakovich homage. The sadness that speaks from many of Shostakovich’s works is also ours. We must not lose the hope that nevertheless shimmers through the music!”