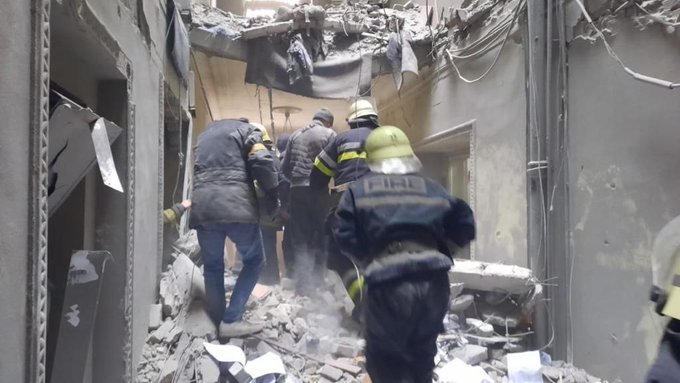 Should we be punishing those Russians who stay silent?

Comment of the Day from the Czech-German pianist Bela Hartmann: 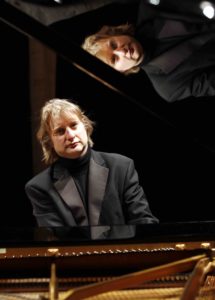 As countless others all around the world I am anxiously following the news from the Ukraine, hoping the courageous resistance can hold back the Russian Goliath, hoping that a clearly brutal and unjustifiable attack can be repelled against the odds. My sympathies are fully with the Ukraine, even though my thin historical knowledge of the area is enough to grasp some of the complexities involved, to realise that the grievances on both sides are in many ways justified, that there is more to this than just a disagreement between two countries. The violence and scale of the invasion set all that aside for the moment – this is clearly not an acceptable way to solve a problem and can only lead to long term trauma for the whole region. Equally, it is gratifying to see that the international community can agree on action, that the solidarity many people feel can for once be reflected in real political action.

However, there are disturbing elements to this national and international response that prompt many questions, questions about hypocrisy, effectiveness, mendacity and not least wisdom; many of these questions are being discussed in the media, helping us realise that both individual first instincts and media campaigns are often more problematic than they might appear. I would like to highlight one of these elements, that of pressuring and blacklisting Russians in the field of the arts. I highlight this not because it is more important than other elements or more egregious – only because I myself am a musician and this field therefore lies close to my heart.

All over the world Russian artists, musicians and dancers are being replaced, events are being cancelled with seemingly little logic. At the same time, artists of Russian origin are being pressured to condemn the invasion and even blackmailed to do so at the risk of losing their jobs. Many artists have volunteered such statements, and I have the highest respect for anyone who is willing to condemn violence, especially if it is carried out in the name of their own country. That is a difficult thing to do emotionally, but also intellectually, because one is likely to know more than average about the context and therefore to see things in a more differentiated manner. I raise my hat to Yevgeny Kissin, Alexander Melnikov and the many others who have spoken out with clarity and unambiguity. I have possibly even higher respect for those living in Russia who have spoken out or demonstrated – they risk isolation and reprisals now and in the future.

Respect for those who speak out is not the same as punishment for those who do not. If we move from one to the other we cheapen the former – if everyone must distance themselves in order to continue working it is hardly heroic, merely a calculation on future employability. We will merely achieve what Pope Urban VIII did, forcing Galileo to pretend to a conviction he didn’t have. Such lip service is surely something we can do without.

The global shunning of all things Russian may be an attempt to protest or to apply pressure, but what exactly is being shunned? Russian music, musicians, culture? If the boycott is targeting the state behind the culture it has lost its orientation: Russian culture is not a function of government policy, it is the jewel of the Russian people, and no autocrat can change that. If we want to signal our disapproval of the actions of Russia’s government why punish something that belongs to its people? Whom are we then really blacklisting?

Besides, why would blacklisting artists achieve anything? Why would Putin care if Mikhail Pletnev can’t conduct in Switzerland next week? Why would the average Russian citizen watch the invasion with equanimity yet topple the government because Gergiev lost his job in Munich? Have we not learnt anything from years of sanctions against oppressive countries: populations tend to rally around the flag in the face of foreign pressure; the only people pleased with it are those who opposed the state anyway.

I have little warmth for someone who snuggles up to power to further their career, neither in Russia nor anywhere else. But in the gloriously capitalist world we live in it is our choice whom we admire and on what grounds – I prefer not to have my concert experience vetted on political grounds. Are these blacklisting efforts intended to persuade Putin to change his plans? Or to pressure the Russian people to topple him? Or perhaps to give us the feeling that we are superior and would never do such terrible things? All three notions are absurd, but in pursuing this course we are alienating and dehumanising the population of Russia, on whose friendship and goodwill the peace of Europe and the world depends.