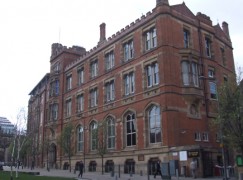 The Independent Inquiry into Child Sexual Abuse published its Residential Schools report at noon today. The full 220-page report can be accessed here.

Here are selections from the evidence presented about Chetham’s School in Manchester:

Frances Shorney was a boarder at Chetham’s during the late 1970s and early 1980s. Brewer groomed and sexually abused her when she was 14 and 15 years old in his office at Chetham’s and also at his family home. The sexual abuse escalated from kissing and touching to oral sex and penetrative sexual intercourse. At one point, because Miss Shorney was exhibiting emotional and behavioural problems, the headteacher, Mr John Vallins, agreed that she should move into the Brewers’ family home in order to help her cope with the pressures of the school. Brewer continued to sexually abuse her when she lived with his family. It was not until many years after she left Chetham’s that she felt able to confide in a fellow musician about the sexual abuse she had suffered as a pupil, before making formal allegations to the police in 2011.

The police also identified a former pupil, RS-A187, whom Brewer groomed and then engaged in sexual activity with over several months in 1994, when she was 17 years old and he was 49.91 RS-A187 gave evidence for the prosecution at the trial to show that Brewer had a sexual interest in the teenage girls in his care. Brewer did not face any criminal charges in relation to RS-A187, because it was not a criminal offence for a teacher to engage in consensual sexual activity with a pupil over 16 until 2001.

[Brewer was jailed for six years].

In autumn 1990, a female pupil at Chetham’s, RS-A3, disclosed that she had been sexually abused over a long period of time by Christopher Ling, who had been her violin tutor. Greater Manchester Police began a criminal investigation. The police identified eight girls who alleged they had been sexually abused by Ling while they were pupils at the school. The victims were aged between 9 and 15 years at the start of the abuse, which ranged from kissing, spanking and sexual touching to full sexual intercourse in some cases. Ling
operated a reward and punishment system which enabled him to facilitate the sexual abuse, most of which took place at his private residence during tuition at weekends and on music courses during the school holidays. Some sexual assaults occurred in a small coffee room at Chetham’s.

[Ling was not prosecuted; he shot himself when faced with extradition from the US]. No school policies or procedures were updated or introduced. The children affected were not offered any counselling or any other form of support by the school.

The report highlights that for many victims and survivors, the impacts of abuse have been profound and lifelong. Many of those in positions of authority and responsibility have not been held to account for their failures of leadership and governance. Many perpetrators have not been brought to justice.

Star burst: Nicola Benedetti to be director of the Edinburgh Festival »