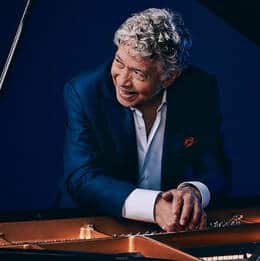 Monty Alexander at Birdland
Click here for tickets :  $10 – March 24 at 9.30pm, ET – 1.30am GMT March 25
On Thursday, one of my favourite ever jazz pianists, the phenomenal Monty Alexander, is appearing live at Birdland Jazz Club in Manhattan and his appearance is being livestreamed. Unfortunately, though, it’s only available ‘live’, that is, at the time of his concert which, for those of us who live in the UK, 1.30am March 25. It’s almost worth staying awake long enough to watch it because Monty Alexander is just that good, but I do wish presenters would understand that not everybody in the world lives in New York City.

Nearly sixty years after he moved to the United States from Kingston, Jamaica, Grammy nominated pianist Monty Alexander continues to shine as an American classic, touring the world and delighting a global audiences drawn to his vibrant personality and soulful message.

​With a repertoire spanning a broad range of jazz, Jamaican music, blues, gospel, bebop, calypso, and reggae, Monty has been documented on more than 75 recordings and cited as the fifth greatest jazz pianist ever in The Fifty Greatest Jazz Piano Players of All Time (Hal Leonard Publishing).

Tonight’s opera of the week – Der Vampyr by Marschner »