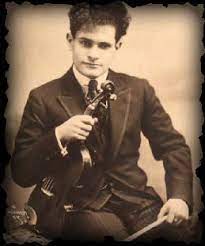 One legendary Strad for sale

The 1714 Stradivarius ‘Da Vinci’ violin that was once owned by Toscha Seidel is coming up for auction in June.

At his death in 1962 it was sold to to Muriel Rubin, a violinist from Toronto who settled in Los Angeles. She sold it in 1974 at Sotheby’s for £34,000. In 2007 it came into the hands of Tokuji Munetsugu, a fast-food chain owner of Nagoya, Japan. He loaned it out to winners of the Munetsugu Angel Violin Competition.

It is now back on the block.