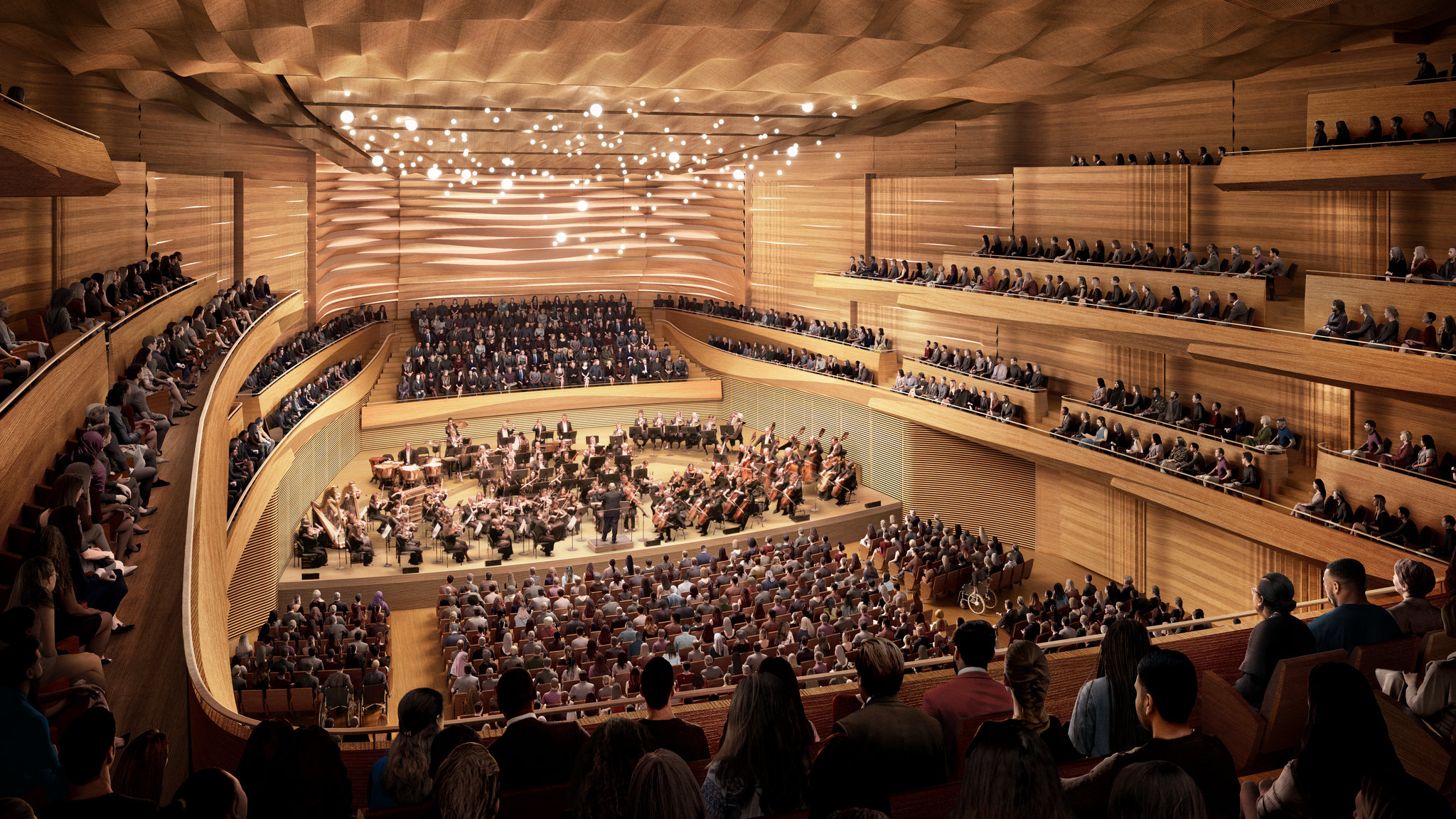 The New York Philharmonic confirmed today that, as I reported a couple of weeks back, David Geffen Hall will open in October 22 instead of the projected 2024 and at a cost of $550 million instead of $1 billion – all of which has been covered by donations.

‘Together we have created a home for an orchestra of the 21st century, which requires not only true versatility but the creation of new public spaces that invite in all New Yorkers,’ said NY Phil prez Deborah Borda.

She has also flung down a gauntlet to Carnegie Hall that it will have to up its game.

The whole frontage has been opened out ‘so that it no longer feels like a fortress’.

Unfortunately, pictures of the public spaces have so far only been made available to the parish news sheet.