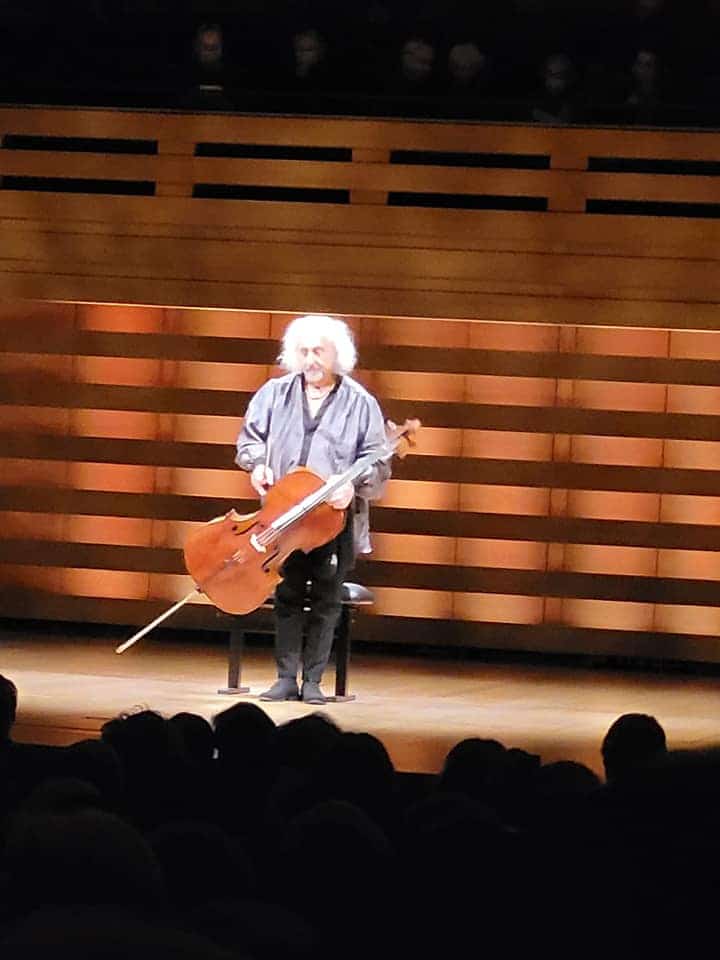 A pro-Ukraine activist, Dmitri Kanovich, has posted this message:

As soon as a famous cellist Mischa Maisky announced that he was dedicating his solo performance to those “killed on both sides” of the ongoing Russian invasion of Ukraine, I walked out of the Koerner Hall in disgust.
The disgraced Maestro has now been fired.
Glory to Ukraine!

The message is bizarre, since Maisky has protested loudly against the Russian invasion of Ukraine.

Only yesterday he wrote:

Today, 27th of March, would have been 95th Birthday of one of my great teachers- Mstislav ROSTROPOVICH…
I imagine and hope that he would be the first to protest this shameful and disastrous war!

So wonderful to have Mischa Maisky back in our hall for a Bachanalia. He dedicated the concert to his mentor, Rostropovich, on what would have been his 95th birthday and to all those who are suffering the madness in Ukraine. It was a stunning afternoon.

The protest seems to have been an isolated outburst.