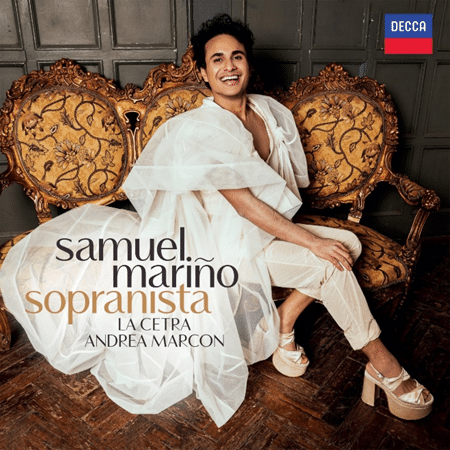 You read that right.  A soprano used to be a person born female. No longer,

Decca Classics is thrilled to announce the signing of the sensational Venezuelan male soprano Samuel Mariño. Mariño will release his new album Sopranista (a term for male soprano) on 27 May. On the album, Mariño performs castrato, soprano and ‘trouser role’ arias from the 18th century. Arias by Gluck and Mozart, more commonly performed by female voices in the centuries since castration was banned, are recorded by a male soprano voice for the first time ever. Works by Joseph Bologne and Domenico Cimarosa are given world recording premieres.

Mariño’s voice has been described by Opera as “quite simply the most extravagantly talented male soprano I have yet heard.” Despite being bullied as a teen for his high speaking voice, Mariño decided to forego surgery to lower his larynx and deepen his voice, going on to pursue a career in singing. He studied at the Conservatore de Paris and was mentored by Barbara Bonney in Salzburg. Winning the Interpretation Award in the International Singing Competition with Opéra de Marseille and the audience prize in the Neue Stimmen Competition launched his career. Shortly after, Mariño made his stage debut at the Handel Festival in Halle and was nominated by the magazine OpernWelt as the “Best Revelation Artist.”