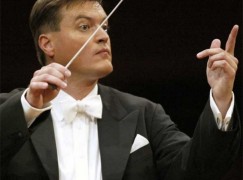 The Chicago Symphony has yet to announce its 2022-23 season but we’ve had a major leak from a reliable insider.

He is being presented as ‘the most admired of today’s German conductors’. Prominent board members have told our source that they consider his appearance to be a job audition. The announcement is billed as ‘Riccardo Muti’s final season as music director’.

Thielemann, 62, is unquestionably an admired German conductor. He has been music director of the Bayreuth Festival, Salzburg Easter Festival and the Staatskapelle Dresden. Some of his Bayreuth recordings measure favourably against giants of the past.

But Thielemann has no profile in America. He conducted the New York Philharmonic in five seasons between 1995 and 2002 but we cannot find trace of him working with any US orchestra in the past two decades.

He is a conservative figure, both politically and in his musical tastes. He has shown negligible interest in contemporary music, women composers or minorities.

Is that where Chicago is going?