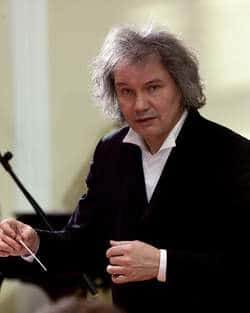 Two weeks ago, the principal of the Gnessin School of Music, Mikhail Khokhlov, conducted his students on Youtube in the first movement of Beethoven’s fifth symphony, wearing a T-shirt with the pro-War symbol Z.

Today, members of that orchestra, together with Gnessin graduates and teachers past and present, have issued a powerful condemnation of the principal’s shameful political act. Among the signatories are Daniil Trifonov and Evgeny Kissin.

Some have left the country, but a significant number remain in Russia.

We salute their courage.

Here’s what the students say: