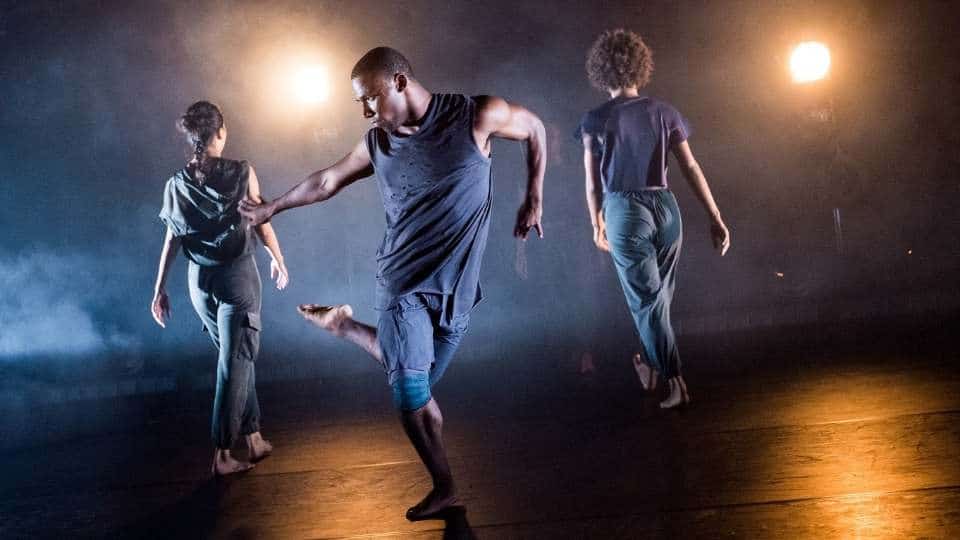 The former chief dance critic of the New York times reviews last night’s new ROH triple-bill exclusively for slippedisc.com. It was not one of his happier nights in the old house:

Because dance uses human beings, and because choreography organizes human energies into coherent structures, dance works register on us (often unconsciously) as forms of philosophy. A staged dance is – cannot help being – a vision of human existence and human potential. The Royal Ballet’s new triple bill, its first in the whole 2021-2022 season, is composed entirely of twenty-first-century choreography. It’s reasonable to hope that we’ll be given three modern views of what humans can achieve or of what humans have always been.

The programme opens with a world premiere, The Weathering, by the African American choreographer Kyle Abraham, who, apart from working with his own company, has also created for several other prestigious troupes. The centrepiece is Solo Echo, a work by the Canadian woman choreographer Crystal Pite, who was already enjoying international acclaim before ballet companies began (around the 2014-2015 season) to promoting femal choreographers as a matter of policy: she first made Solo Echo in 2012 for the Nederlands Dans Theater. Last comes DGV: Danse à Grande Vitesse, made for this company in 2006 by Christopher Wheeldon, then resident choreographer at New York City Ballet and now, since 2012, artistic associate to the Royal Ballet. Since its premiere, it’s entered the repertories of companies worldwide.

So what do these three unalike artists have to say to us? What does this dance triptych reveal about the times we live in?

Depressingly little, alas. All three are examples of choreography as window-dressing; pretty, briefly attention-grabbing, but deliberately without depth or force. And it’s dismaying how superficial a vision of choreography itself they offer. Dan Scully’s lighting for Abraham’s Weathering and Tom Visser’s for Pite’s Echo both use lighting schemes that are memorably picturesque and subtly changeful but which show little interest in making the dancers theatrically legible on an opera-house scale. Who cares about humans when we can have lighting effects?

Abraham is a hit-and-miss creator. When you’ve seen one of his most imaginative pieces, you know why he’s in demand. (Best is The Runaway, a flawed but sensational creation made in 2018 for New York City Ballet. A study in radical chic, it sometimes shows us gorgeous qualities of human defiance beneath its debonair surface.)

In The Weathering, everything is admirably p.c.. Men partner men; white soloists partner soloists of colour; women dance alone without need of partners; behaviour is all kind, and occasionally energetic. Slow and fast speeds alternate. Footwork and turns have zip, while other movements have oozing fluency.

Yet nothing about The Weathering feels quite sincere. In a programme interview, Abraham says The Weathering is about loss – loss of loved ones, loss of freedom, loss of innocence – but that never emerges onstage. What we see is just a nebulous array of changing atmospheres, loosely attached to a nine-part quasi-minimalist score by Ryan Lott, timidly attired dressed in pallid pastels by Karen Young.

The eleven dancers (some of them near-unknown members of the corps) make showily mannerist display of arms, shoulders, and torsos, but seldom reach any finite through-the-body shapes. While their legs and feet bring a step to completion, those arms are still taking their time to show they’re still in transition. What makes the strongest impression? The increasing number of pretty lanterns that Scully hangs in the air as the work proceeds.

Crystal Pite, by contrast, has an instinct for making sternly dramatic impressions. Solo Echo shows her flair for dynamic contrasts, tableaux, two-dimensional bodily poses. But all these is showy surface, a series of what actors call effects. Her 2017 creation for the Royal Ballet, Flight Pattern (frightfully popular), was an exercise in Suffering by Numbers, overwrought and fakey. Solo Echo, a more small-scale affair (seven dancers), is more incoherent in expression and more vague in its connection to its music (isolated movements from separate Brahms sonatas for cello and piano). On Thursday, Christopher Vanderspar’s cello playing was ill tuned; Robert Clark’s piano playing was discreet.

By comparison to these, DGV has the high polish of a poem by Swinburne. Wheeldon’s command of dance vocabulary, spatial organization, contrasting geometries is masterly. He can even handle the meretricious music by Michael Nyman, the Stephen King of musical minimalism. Rather than surrender to this score’s flashier crescendi, Wheeldon keeps his dance pulse subtle. DGV is all about illusion: he doesn’t even give us any of the grande vitesse (top speed) in his title.

But it’s a totalitarian ballet. Though its four leading couples are cleverly distinguished, none of them are given serious individuality. Wheeldon has obviously taken George Balanchine’s Symphony in C as his model (four star couples, large backing ensemble, all conduct insistently heteronormative). Yet he excludes the elements without which Symphony in C would be mere machine: space in which women and men may shine independently of one another, human exuberance, and the high drama of human interaction. In DGV, slickness is all.

« Tonight’s opera of the week – Der Vampyr by Marschner