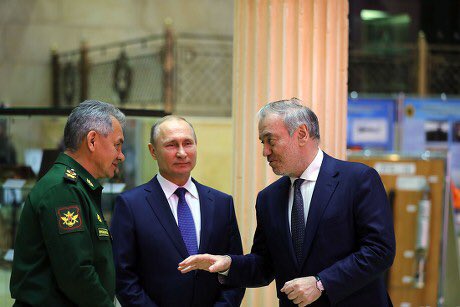 There is a strong moral and political case to bar Valery Gergiev from Carnegie Hall this weekend.

1 Gergiev is a close associate of President Putin, his representative and apologist. He has vociferously supported Putin’s policy on Ukraine and his wars of aggression elewhere.

2 Gergiev is a willing executioner of Putin’s policies, flying out to conduct on his battlefields.

3 Everyone is entitled to a political opinion, but in a war we must take sides. Gergiev represents Russian policy in Ukraine. The US has declared sanctions on Putin and his supporters. Gergiev should not be permitted to conduct on US soil.

4 Applause for Gergiev at Carnegie Hall will be received in Moscow as applause for Putin.

5 Gergiev represents a particular form of Russian cultural elitism. There is no place for that right now on a western stage.

6 The Vienna Philharmonic can easily replace him with another conductor. This is an unnecessary and deeply offensive concert.

7 Carnegie Hall needs to cancel before its non-oligarch donors rise in protest.

The picture shows Gergiev with Putin and defence minister Sergei Shoigu in 2018. 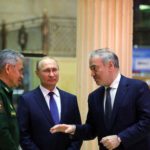