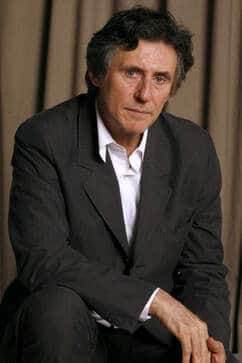 On Demand 26 Feb – 4 March
I’m a fan of the Irish actor Gabriel Byrne. I’ve never met him but he has always seemed to me one of the few actors I’d like to sit down and talk with. This was confirmed when I read his autobiography, Walking With Ghosts, in one sitting. Now he’s made a theatrical adaptation of his best-selling book which was recorded live at the Gaiety Theatre in Dublin, directed by Emmy award-winning director Lonny Price.

He is, indeed, an unusually intelligent  actor and more than that. He nearly became a priest but that didn’t work out and he turned to a variety of odd jobs, including plumbing, before finding, in drama, a place where this outsider could belong. Moving between sensual recollection of childhood in a now almost vanished Ireland and a commentary on stardom in Hollywood and on Broadway, Gabriel returns to Dublin, his home town, to reflect on a life’s journey. By turns hilarious and heartbreaking, Walking with Ghosts is a lyrical homage to the people and landscapes that ultimately shape our destinies.
The Ireland he describes so beautifully no longer exists but I love his descriptions of it.