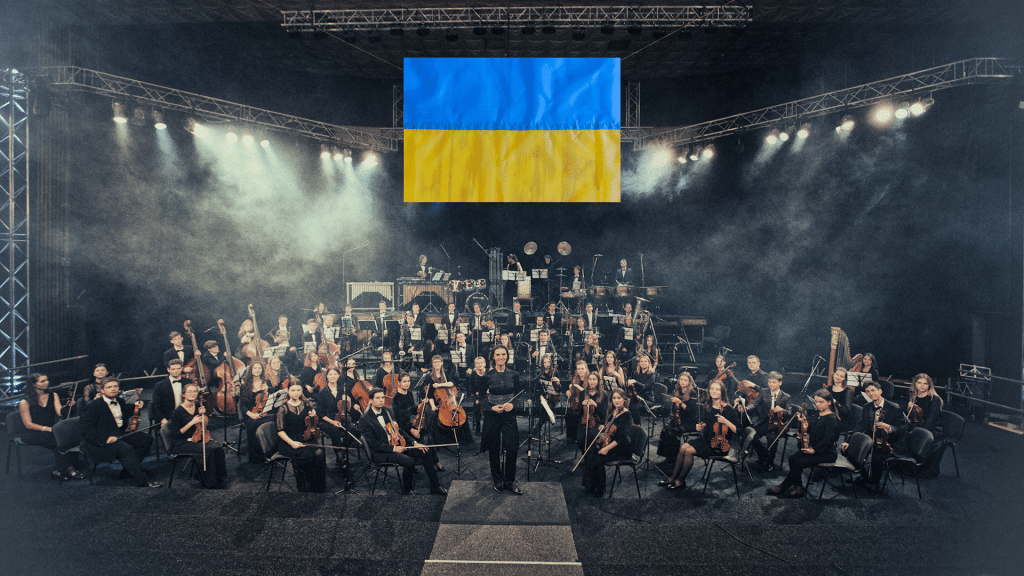 Okana, music director of the Teatro Communale in Bologna, has issued this appeal:

To all friends, supporters, international artists, festivals, organisations –
How can you support us now?
Please, share your statements and your thoughts publicly!!!
Also share your experiences related to Ukraine and cooperation with Ukrainian artists, share your experiences about international projects, involving Ukrainians, share memories about the moments we have shared together on one stage or in the same projects.
We need your active support right now!

Together with the Youth Orchestra of Ukraine she published the following statement:

“Today, February 24, 2022, the Russian army attacked Ukraine with heavy weapons at night from Crimea, the eastern regions and the Belarusian border. Russia is bombing Ukraine – the border areas, the big cities, the airports, the depots, the most important military objects. With that, Putin’s true intentions have become clear and open: he wants to destroy an independent state, a nation with its own culture, language, history, and identity.

Our development as a European state, on which we have been working since independence 30 years ago and for which we paid a dear price with the Maidan (Revolution of Dignity), is now in mortal danger. The world is finally seeing the true colors of Russia, a cynical land of deceit and violence and sadly far from ideal as a land of art and humanism. The annexation of Crimea, which despises all world rights, and direct, targeted support for the war in the Donbas region was cruel, but the current goal is the whole of Ukraine….

We, the Youth Symphony Orchestra of Ukraine with musicians aged 12 to 22 from 32 cities in Ukraine, call on behalf of our families to all governments of European states to support Ukraine with decisive action, with the military and the strictest sanctions and to stop our killers. We ourselves will never give up defending our homeland and world peace with all our strength, with art, with music and the right values.

“Putin believes he can intimidate and silence us. We will prove the opposite.” Andrii Bendus, flutist, Lviv

“I remember that in 2015 my teacher had to cancel a violin lesson because fighter planes were flying. Fighter planes woke me up today. I’m a musician who doesn’t want to hear this music, but eternal classics like Bach, Lyatoshynsky and Mozart. In my free homeland.” Kateryna Misko, violinist, Kropywnytsky

“Today Russia attacked my country. My hometown Dnipro and our capital Kiev, the city where I live and study now. Other cities in the country are now in mortal danger. Grenades are flying, people cannot go outside…everyone has to flee. I play the viola and love music very much and I don’t want to hear the sound of grenades and read such terrible news. So please help our country and our people. We want peace and have always wanted it.” Uliana Sharina, viola, Dnipro”

« Vienna Philharmonic: We have nothing more to say on Gergiev