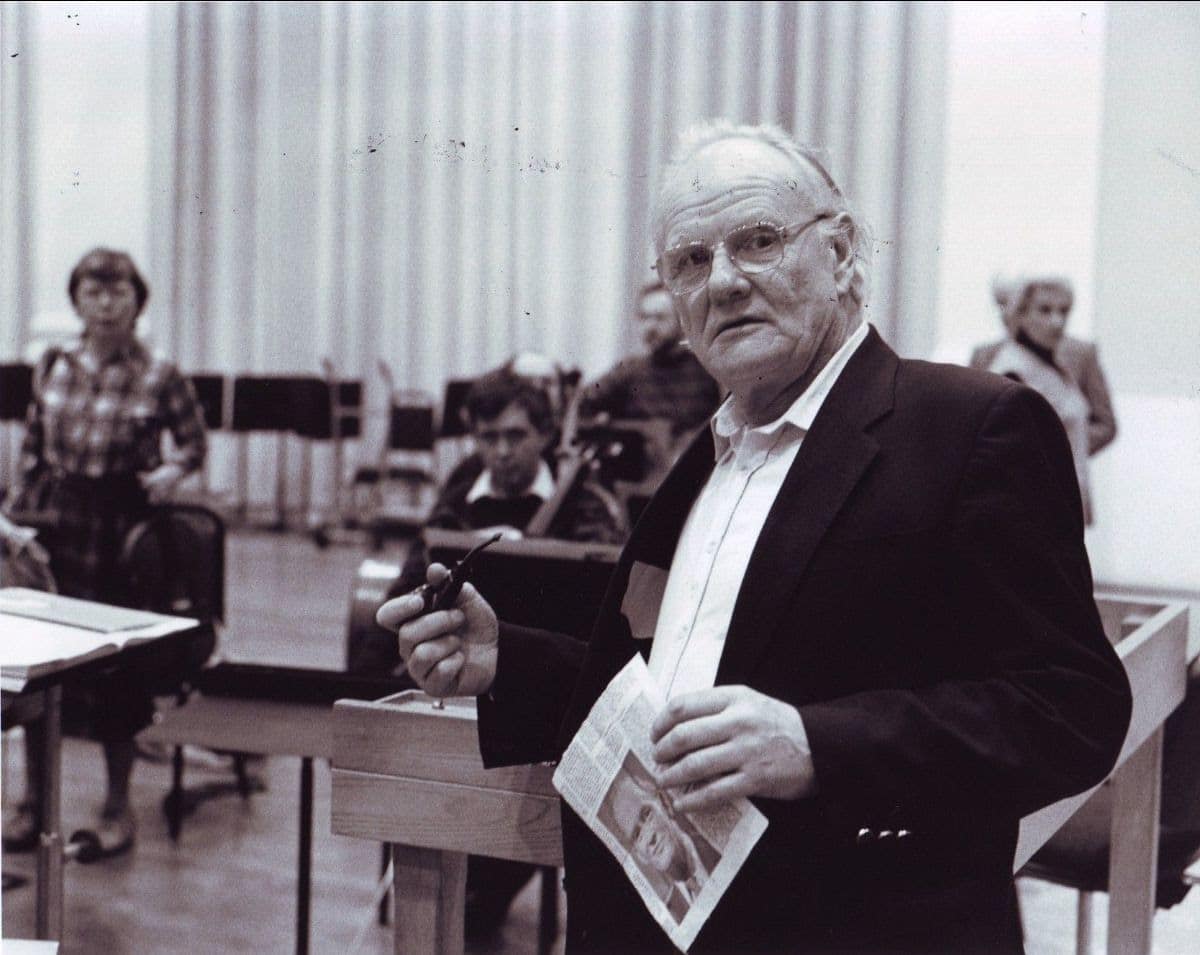 How a violist invented an orchestra

Ursula Jones, 90 and with pinpoint memory, recalls the emergence of the English Chamber Orchestra in the hands of the late Quintin Ballardie:

I knew Quin in the late 50‘s when I worked for the Philharmonia Orchestra and used to engage him when we needed extra viola players.

When I left that job in 1957, Quin asked me to help organising a tour to France with the Goldsbrough Orchestra under the baton of Walter Goehr. I fell in love with this young group of brilliant musicians, and Quin then invited me to manage them and find work for them. While trying to get engagements at music festivals abroad, it became clear that people could not understand or pronounce the name Goldsbrough. I then suggested to Quin that we should find another name. It was actually Ian Hunter (Harold Holt Agency) who proposed English Chamber Orchestra. Quin and I officially registered this name and, eventually, the ECO became known world-wide.

The very first recording was made with Colin Davis when he was young and still unknown. Then, the ECO began working closely with Raymond Leppard, mainly in Baroque repertoire, and a little later with Benjamin Britten whose resident orchestra the ECO became at the Aldeburgh Festival. It remained at all times a free-lance orchestra and was really an amalgamation of players who had been in the Goldsbrough, English Opera Group and Raymond Leppard Orchestras. Our leader, Emanuel Hurwitz, often directed the Orchestra from the first desk.

In the 60s, numerous well-known conductors and soloist/directors performed with the ECO, such as Geza Anda, Karl Richter, Rafael Kubelik and, of course, Daniel Barenboim who made his debut with the ECO as conductor/soloist.

By the early 70s, the ECO had become a more or less full-time orchestra. But, sadly, Benjamin Britten became ill (he died in 1976), Raymond Leppard emigrated to USA and Daniel Barenboim was in demand all over the world. Also, for me the ECO had lost its youthful verve.

I decided to quit and leave it all to Quin Ballardie who did not wish to give up the ECO. He was at that time the Principal Viola in the London Philharmonic Orchestra and had left the general management of the ECO more or less completely to me. (By the way, Cecil Aronowitz was the leader of the ECO’s viola section in my time, not QB as quoted; he took over after CA‘s death). Pauline Gilbertson followed me as General Manager and did a great job keeping the ECO going for many years. Her successor now is Paul Wing, and I would like to add that I listened recently to several ECO concerts at the Cadogan Hall in London and enjoyed their performances greatly. It is now a totally new, young and very excellent orchestra, and it is a joy to listen to their music-making!

La Scala’s bustin’ out all over »