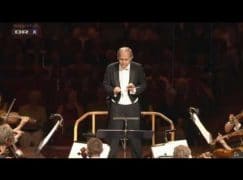 Düsseldorf’s Tonhalle has given its Human Rights Award 2022 to the Turkish cultural promoter Osman Kavala, who has been imprisoned by the Erdogan regime on political gounds.

Adam Fischer, chief conductor of the Düsseldorfer Symphoniker, said Kavala is a victim of massive political interference in the judicial system. ‘Obviously, a person who works for human and civil rights must be punished and silenced,’ he said.

Since Kavala is unlikely to be released to receive his award, it will be accepted on his behalf by a member of the Federal German Government, the Green politician Cem Özdemir.