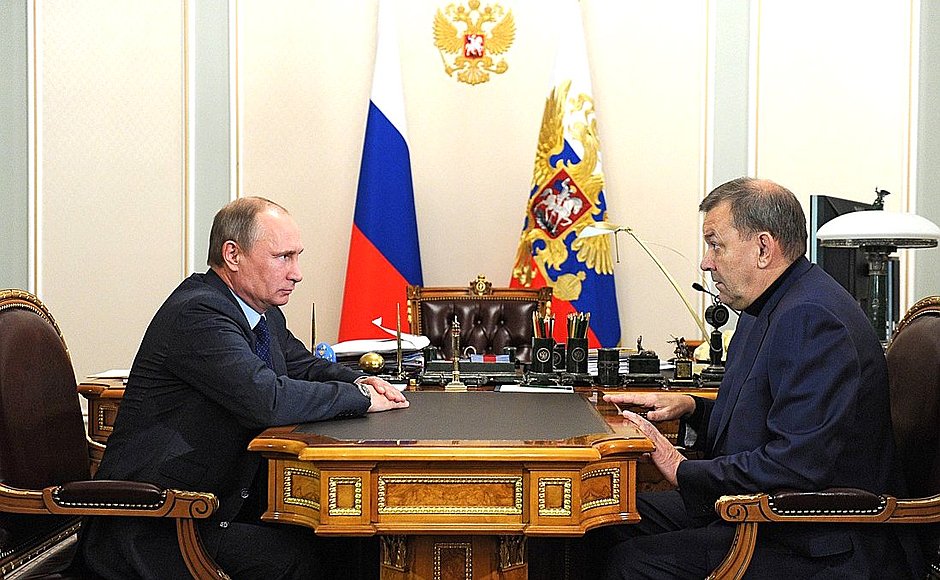 The head of the Bolshoi Theatre, Vladimir Urin, is leading a group of artists who have signed an appeal in Moscow to stop ‘the special operation in Ukraine.’ Urin has been, until now, a Putin loyalist. He is pictured with him below.

Also signing the petition is the violinist and conductor Vladimir Spivakov.

The appeal has been posted on social media by the theatre director Maria Revyakina.

It reads:
We now speak not only as cultural figures, but as ordinary people, citizens of our country, our Homeland. Among us are the children and grandchildren of those who fought in the Great Patriotic War, witnesses and participants of that War.
Each of us lives a genetic memory of war. We don’t want a new war, we don’t want people to die.
The past XX century has brought too much grief and suffering to humanity. We want to believe that the 21st century will become a century of hope, openness, dialogue, a century of human conversation, a century of love, compassion and mercy.
We call on everyone on whom it depends, all sides of the conflict, to stop the armed action, and to sit at the table for negotiations. We call for preservation of the highest value – human life.

« The Ring is wrapped up in a Ukrainian flag

Germany’s next music director will be British »