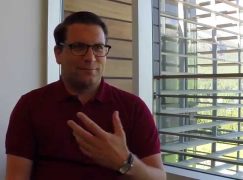 Alexander Neef: Too timid for Paris?

The newspaper Le Figaro has lashed out at reforms promised by the Paris Opéra chief, calling them ‘very timid’.

Neef, arriving from Canadian Opera, inherited an institution that his predecessor admitted was ‘on its knees’.

Since Covid, it has lost a further 185 million Euros.

The workforce is frequently revolting. Cancellations are a weekly occurrence.

Neef says: ‘ I am not reforming, I am leading an evolution to create a more responsible, more credible, more sustainable house.’

He promises  to balance the budget by 2024-25. He says some retiring staff will not be replace and newcomers will be paid less than old. He is about to tackle a renegotiation of collective agreements.

Doesn’t sound timid to us.