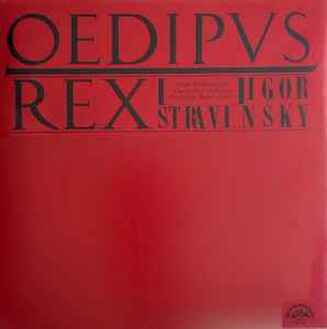 This is a free stream of Opera Philadelphia’s concert performance of Stravinsky’s Oedipus Rex and George Walker’s Pulitzer Prize-winning Lilacs. The conductor is Corrado Rovaris. Oedipus is sung by tenor William Burden whose repertoire has often included works by contemporary composers.

The Philadelphia Inquirer wrote about this performance, “Tenor William Burden  delivered a peak performance, finding pathos amid Stravinsky’s dramatic aloofness, but also delivering the kind of demanding rhetoric that remind you Oedipus was indeed a king.” Jocaste is sung by American mezzo Rehanna Thelwell, best known for her Wagnerian appearances.

Lilacs for voice and orchestra (or Lilacs) by George T. Walker Jr. (1922–2018) won the 1996 Pulitzer Prize for Music. The work, scored for soprano soloist and orchestra, was the unanimous choice of the Pulitzer prize jury. Walker was the first African-American composer to be awarded the prize. The soprano soloist here is Tiffany Townsend.
​
Walker set the 1865 poem, “When Lilacs Last in the Dooryard Bloom’d“, by poet Walt Whitman. Whitman wrote the poem as an elegy to President Abraham Lincoln after his death on 15 April 1865.

An English Aida mourns the founder of Regietheater »