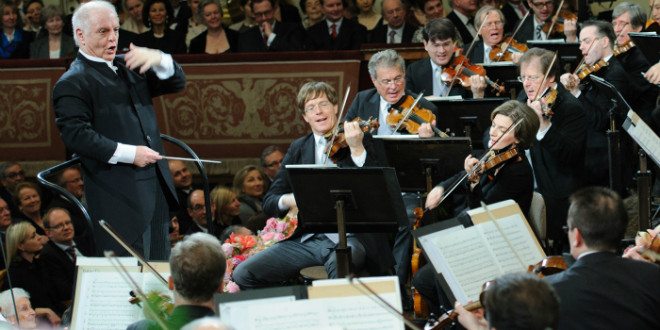 Why Vienna desperately needs a change of baton

No sooner had Daniel Barenboim finished his third stint as conductor of the 2022 New Year’s Day concert than the Vienna Philharmonic announced next year’s conductor.

It will be Franz Welser-Möst, like Barenboim presiding for the third time. Kindly suppress those yawns.

Same old, same old. Not one surprise since Carlos Kleiber declined a third invitation 30 years ago.

Vienna’s choice of conductor is dictated by commercial and political considerations. Recording rights are sold to Sony which, having no conductors of its own, poaches familiar names from other labels. Whoever wields tha baton must be also acceptable on blander-than-bland television. So the orchestra plays safe year after year with a maestro who will never frighten its partners.

And the event gets duller.

No woman has ever been invited to conduct.

Nor any maestro of radical tendencies.

No Currentzis, Gergiev or Petrenko. No Russians at all, in fact (there’s no money in Russia). No-one from the north side of the Baltic, no Hungarian or Balkan batons. No Rattle, Pappano, Czechs or Poles. No Americans since Lorin Maazel, though an American woman, Marin Alsop, presently heads the radio orchestra in Vienna.

The choice is so narrow and predictable that it’s a wonder the players themselves don’t drop off during the concert, as many viewers do. Even the Austrian Government stays away.

If ever there was an event in need of new blood, its the Vienna New Year’s Day concert.

« Peggy For You at Hampstead Theatre