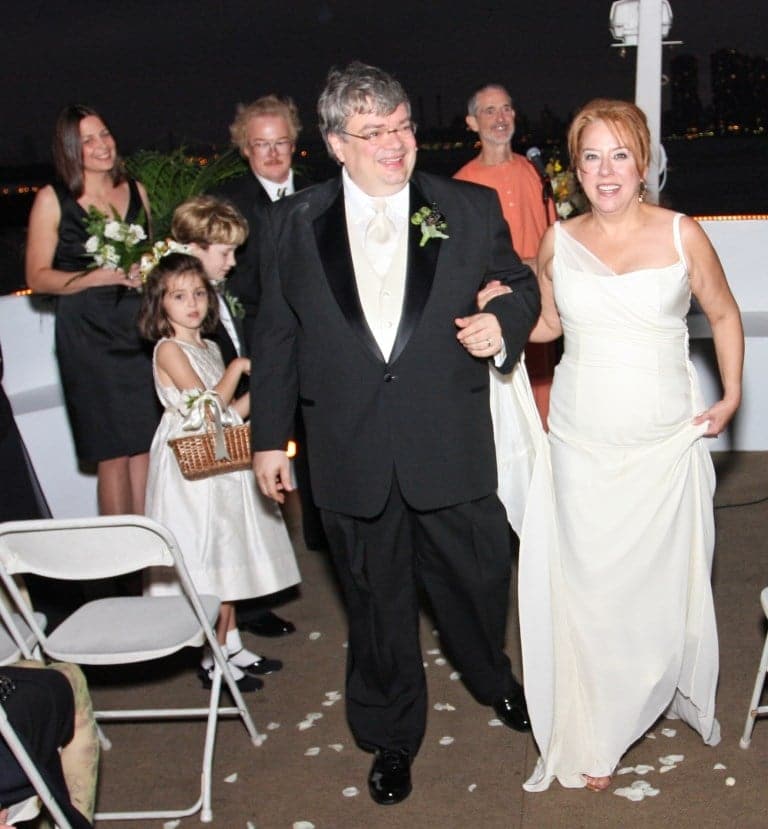 Tragic loss of a terrific critic, 65

The Wall Street Journal has reported the sudden death at a friend’s home of its long-serving drama critic Terry Teachout. Terry, who was 65, had an insatiable appetite for all performing arts and a bottomless knowledge of most.

He wrote biographies of George Balanchine, Louis Armstrong and Duke Ellington and libretti for three staged operas by Paul Moravec.

Terry experienced heart failure in 2005 but recovered to find late love and marriage with Hilary Dyson, who predeceased him in March 2020. His online chronicle of Hilary’s long wait for an organ translant was one of the most moving love letters on record.

His performance reviews were incisive, involved and scrupulously fair.

Tim Page writes: ‘The estimable Terry Teachout, who could write about anything and who was a warm, tender and loyal friend to so many of us, has died at the age of 65. I include this picture from Terry’s 2007 wedding to Hilary Dyson Teachout. I don’t think I’d seen either of them happier — and it’s hard to think of any couple that exuded the joy they did that night. It was a marriage that was both romantic and realistic: both Terry and Hilary were already unwell and his beloved “Mrs. T” predeceased him in 2020. I was so happy to learn recently that he had fallen in love again, with Cheril Mulligan of Long Island — and I know that Hilary would have been thrilled by this development.’

« Rattles are docked in Czech