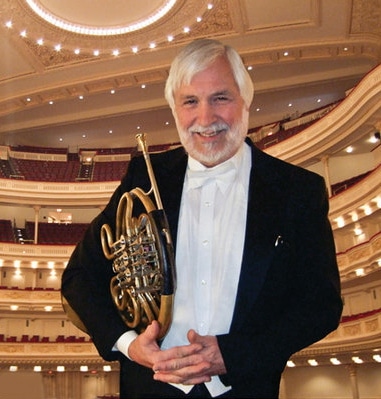 The principal horn of the Chicago Symphony Orchestra dreamed of becoming, in his description, ‘a respected (and permanent) conductor of a major orchestra anywhere in the world.’

It never happened for Clevenger, but not for want of trying. Clevenger died three weeks ago in Italy, aged 81.

The Chicago clinical psychologist Dr Gerald Stein describes Cleveger as ‘a man of no small ego’ and recalls one of his reach-outs:

I called one of his sons to arrange an interview with him (at his home in Italy) — to chat with him, talk about old times, and so forth. He was stately, elegant, classy.

We talked about my being a conductor, and he said, ‘Dale, every night after the concert (as part of the orchestra), you can go home to your house, sit down at your table, drink tea, rest, talk to your wife and go to sleep.

« Every day, another musician dies of Covid: the latest toll