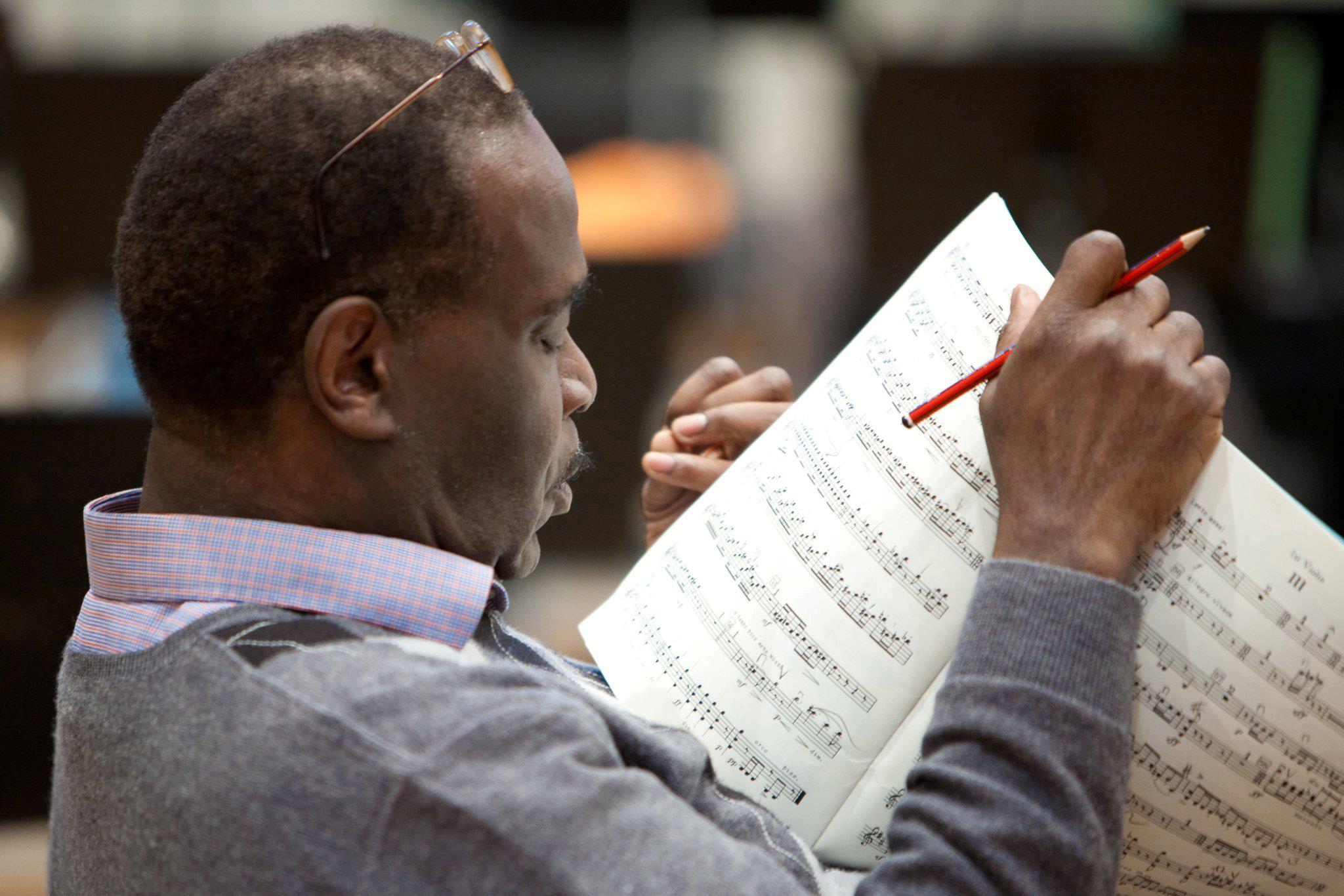 For many years Edmund Reid, who has died aged 85, was the only black face to be seen in the major British orchestras.

Jamaica born, Edmund  won a scholarship to the Royal Academy of Music London and went on to  further study with Sascha Lasserson.

He played first in the Sadlers Wells orchestra, then applied to Covent Garden.

When he auditioned for Sir Georg Solti at the ROH in 1964, it was reported, ‘it took two months for the committee to discuss ‘whether it was OK to employ a black man”.

In 1987 he successfully sued English National Opera for refusing to name him co-leader after acting as concertmaster for two years.

A gentle, friendly man, he also led the Rehearsal Orchestra. Levon Parikian recalls: ‘Eddie Reid’s genial demeanour hid a musician of great sensitivity and integrity who led the Rehearsal Orchestra with distinction for more than 20 years. His ease at the violin set the standard for the section, but his presence was never intimidating, and he was always ready with a  kind word of encouragement when the going got tough. He brought a wealth of experience and knowledge to the leader’s role, and even the shortest orchestral solo was graced with his natural, singing tone. A supportive leader, he had strong opinions about orchestral string playing, but was always ready to try the alternative, and if he disagreed with a conductor’s ideas he would argue the toss with good humour. He usually won.’

« The Pope goes browsing for records