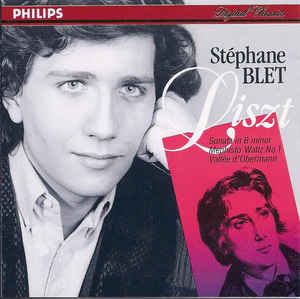 Rumours fly as racist French pianist falls to his death

The French pianist Stéphane Blet died on January 7 in a fall from an apartment balcony in Geneva.

Blet, 52, made two well-regarded recordings for Philips and composed 300 works that were performed by Cyprien Katsaris, Idil Biret and others. He was a cherished student of the American pianist Byron Janis.

Moving to Turkey in 2016, Blet became increasingly prone to propagating racist conspiracies. In October 2020 he was sentenced in France to six months in prison for spreading hatred and antisemitism.

Turkish media report that he went to Geneva last week to visit a friend. Swiss police are treating the case as suicide. But a member of Blet’s family claims that he was in good health and planning a broadcast that evening. Others say he had financial problems.

The French racist Dieudonné has blamed his death on ‘the Jewish mafia’.

Mourning for a maker of American opera, 91 »