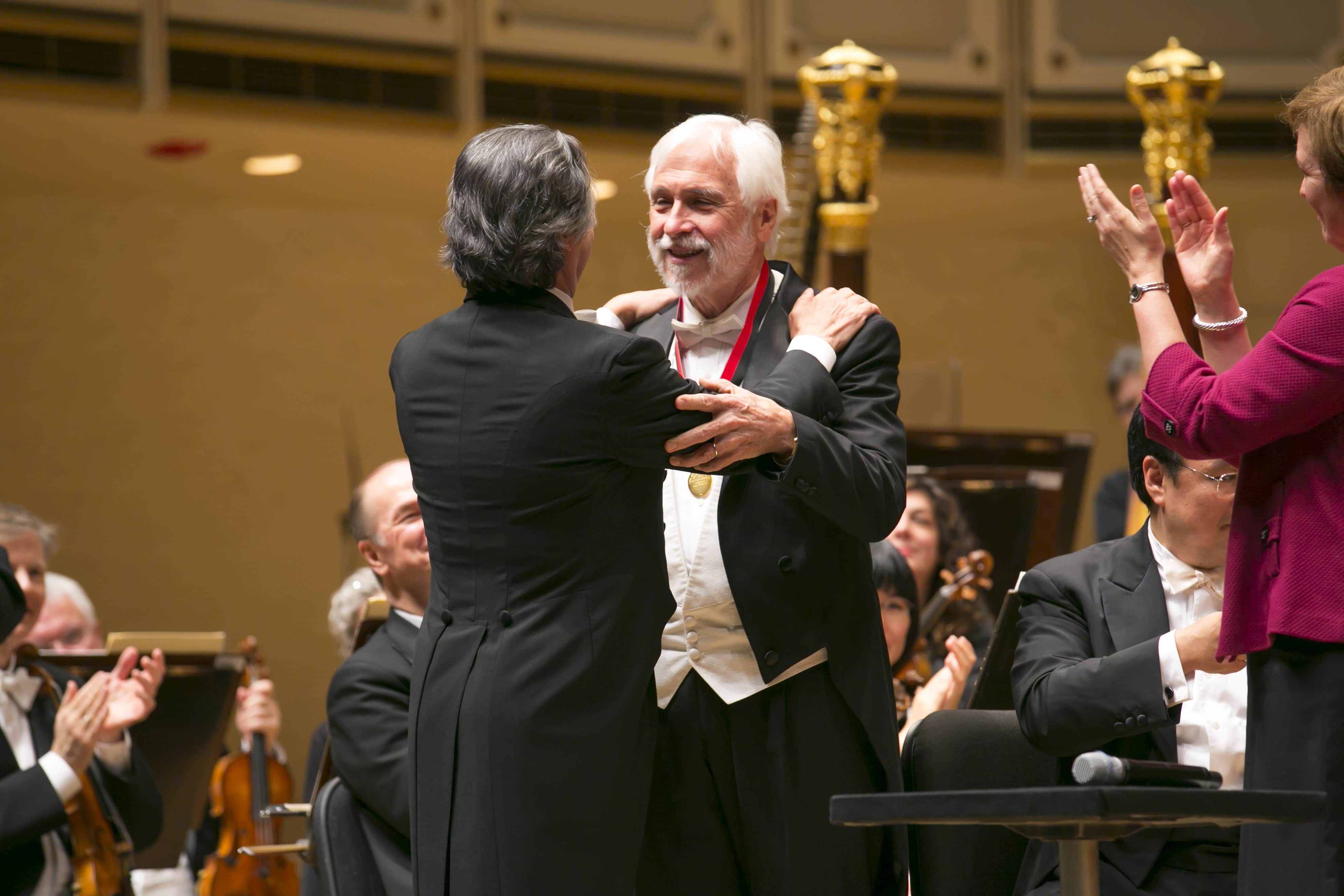 The family of Dale Clevenger have issued this notice:
Michael Dale Clevenger, renowned french horn player, husband, father, grandfather, teacher, friend, passed away peacefully Wednesday, January 5th from complications of Waldenstrom’s disease. His life’s great work was playing principal horn with the Chicago Symphony from 1966-2013 where he performed with risk, precision, expression, sensitivity, and a contagious enthusiasm – all of which moved his listeners and students to think of music as a living, breathing, and richly human activity. He is survived by his wife, Giovanna, his four children, Michael, Ami, Mac, and Jesse, and his two granddaughters, Cameron and Leia. His late wife and stand partner of 25 years, Alice, passed away in 2011. To those who wish to express sympathy, please consider directing donations to the musicians of the Chicago Symphony Orchestra by calling 312-294-3100 or visiting https://cso.org/support/contact-development/. Dale will be honored at Christ Church in Winnetka, IL sometime in the late spring.

In a statement from the Chicago Symphony Orchestra on the death of former principal horn Dale Clevenger, music director Riccardo Muti makes reference to their personal friendship: ‘The loss of Dale Clevenger, one of the best and most famous horn players of our time and one of the glories of the Chicago Symphony Orchestra, leaves a very deep void in the music world. Fortunately, we have many audiovisual recordings of him with the Chicago Symphony to show his extraordinary technique and nobility of musical phrasing. I am certain that all his colleagues, former and current, all horn students and myself, as we were personal friends, will mourn this huge loss.’

The orchestra announcement reads:
The Chicago Symphony Orchestra family mourns the loss of Dale Clevenger, who served as principal horn from 1966 until 2013. He died Wednesday, Jan. 5, 2022, in Italy, at the age of 81.

Mr. Clevenger was born in Chattanooga, Tennessee, on July 2, 1940. A legend in the world of French horn for his sound, technique, finesse and fearless music-making, he joined the CSO at the invitation of seventh music director Jean Martinon. Throughout his 47-year tenure, he performed under subsequent music directors Sir Georg Solti, Daniel Barenboim and Riccardo Muti, along with titled conductors Pierre Boulez, Bernard Haitink, Carlo Maria Giulini and Claudio Abbado, among countless guest conductors.